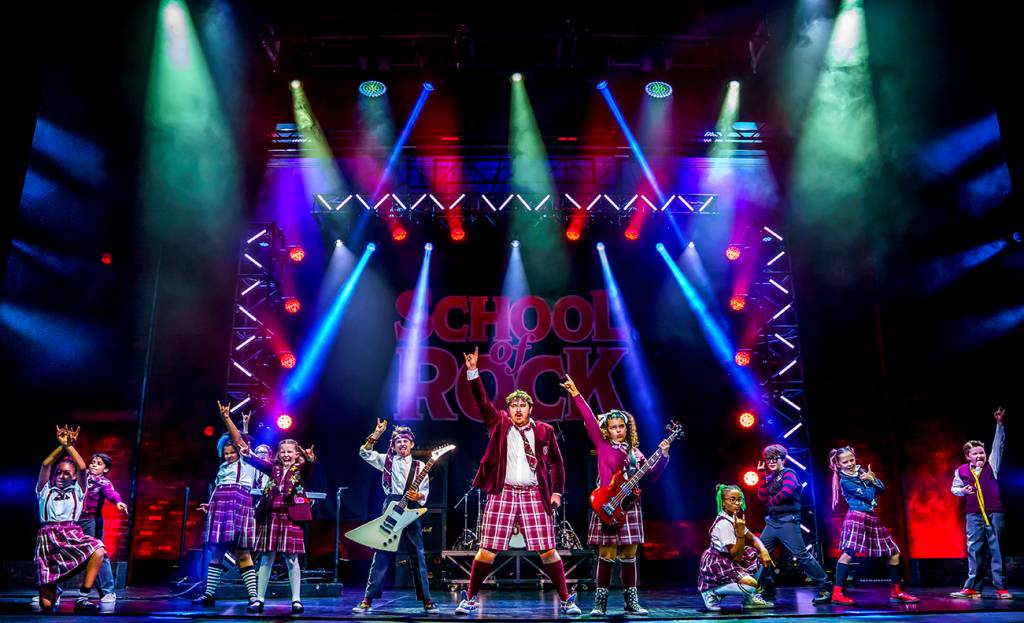 So being a fan of actor Jack Black in the 2003 hit comedy film, naturally I jumped at the chance to take in the Broadway and West End hit musical from Andrew Lloyd Webber showing at Nottingham’s Royal Concert Hall (showing all week until Saturday 20th November). With all these credentials it was sure to be a banger (as in very good) and boy! was I right! The play delivered to the full house of theatregoers a succession of brilliant and rousing musical performances.

With the play’s upbeat tempo, the main man, Dewey Finn (Jake Sharp) was very funny and energetic throughout and played the role superbly… but this show was all about the kids. And to quote another rock n roll legend, “the kids are alright”. That’s a massive understatement as the kids were oozing talent and potential in both artforms of acting AND music. Their acting skills were quite simply brilliant, inspiring beaming smiles from the audience all the way through and demonstrated huge potential moving forward in their careers. Add on top of this when you consider their talent playing musical instruments and singing and.. Wow… I would say many will become successful and well known artists in the future. Top marks and gold stars for all! However, a special mention must be made for the moment which stole the show when Tomika, the shy school girl of the class, delivered a captivating and breathtaking solo a cappella performance which received rapturous applause from the audience. Just wow! An excellent show and one which will leave you singing “Stick it to the man” as you walk back to your cars. Bravo!

School of Rock is showing until 20th November 2021 at Royal Concert Hall – for tickets and more information please visit www.trch.co.uk