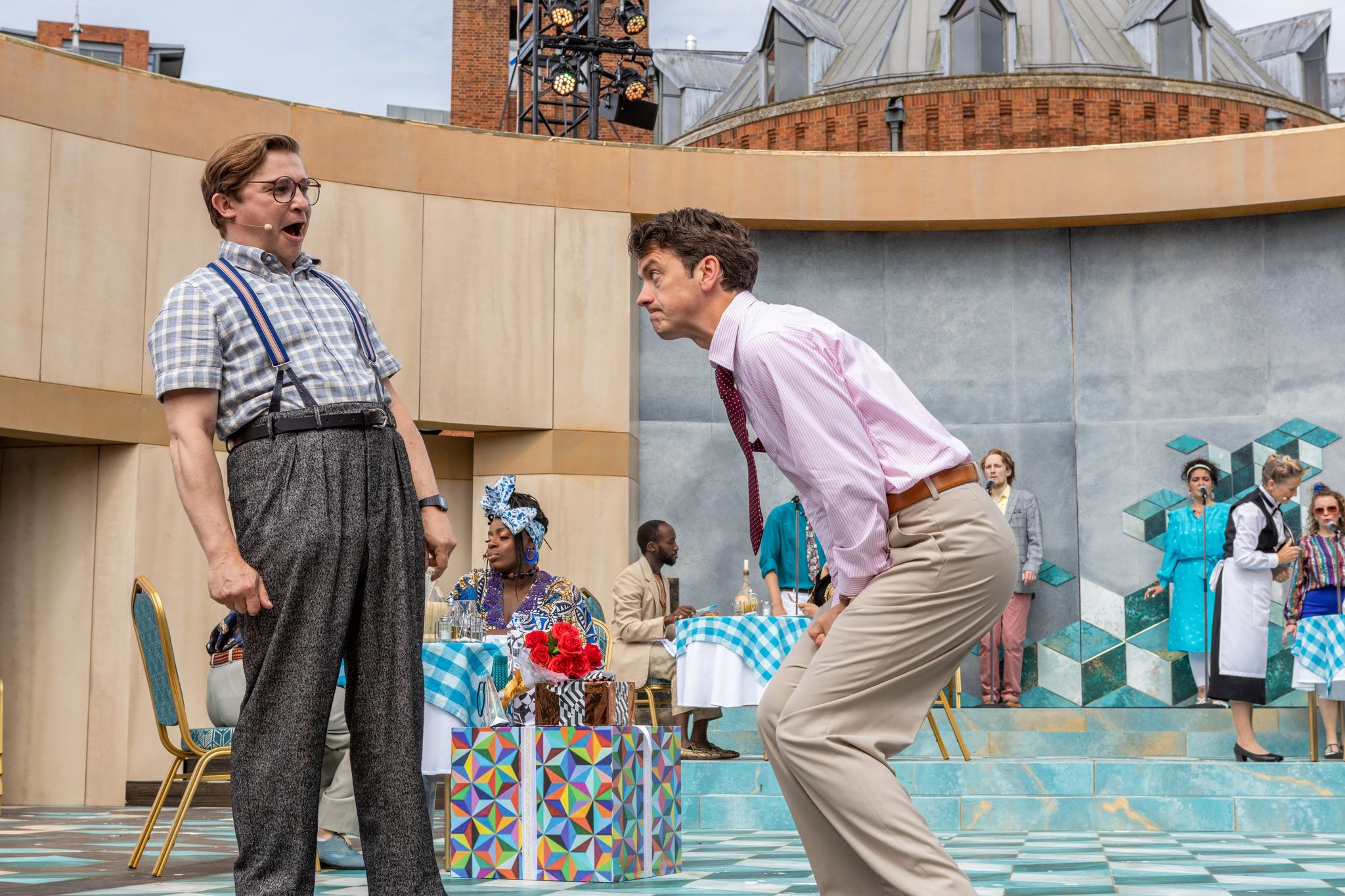 Having not ventured into the world of Shakespeare for many years, probably since studying for my English Lit A level, I was actually quite excited to be seeing Comedy of Errors performed at Theatre Royal last week. Admittedly I did not know much about the play itself, it has not been one to enter into popular culture with modern remakes, unlike its counterparts Romeo and Juliet or The Taming of the Shrew have, one of which being made into a favourite film of mine, 10 Things I Hate About You.

After a rather slow and confusing start, also known as one of Shakespeare’s great soliloquies, it was clear that this farcical tragedy was all about a classic case of mistaken identity. Full of blundering and bustling bright colourful characters, this play is full of chaotic comedic genius, which emphasises just how much Shakespeare has influenced our culture and language. The epic timing and facial expressions of the Royal Shakespeare’s undeniably talented company had the audience crying with laughter.

It is difficult to pick a stand out performance, and I sincerely believe it would be unfair to do so. However, after a bit of a unsure start, on the audience’s part that is, as to whether they were “allowed to” laugh at/with William Grint, who was performing mostly in very animated BSL, it was clear his comedic talent was simply superb. Once the audience had shrugged off their potential political correctness, they were in stitches at his very long descriptive sign for beheading! 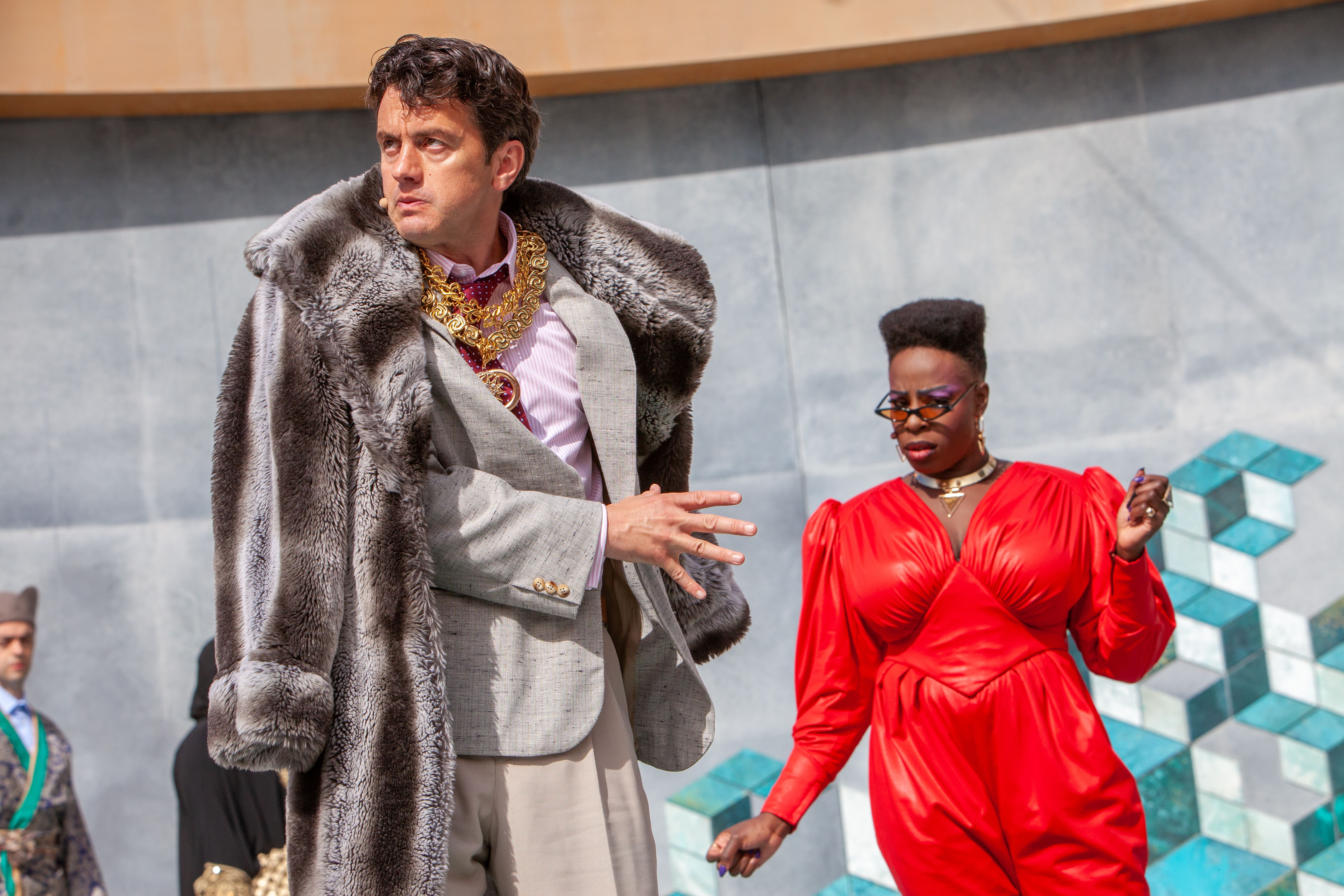 The stage was minimal but had more depth, literally, than I had experienced at any other show, at the end we were even treated to a “behind the scenes” view of the stage. The costumes were interesting and colourful, evoking the imagery of the 80’s, think bright colours and big hair. We were even treated to musical interludes throughout and a little dance number at the end. Also throughout was a nod to the current Covid climate, with one of the characters seemingly obsessed with hand sanitiser!

I would highly recommend this Monty Pythonesque (clearly it was John Cleese and clan that took from Shakespeare rather than the other way around) immensely acted farce. Absolutely bloody brilliant was the general consensus amongst the delighted audience leaving the show.