First of all, I have to say, how great it was to be back at the wonderful Theatre Royal, with the venue, like most of the entertainment world, having been forced to shut for much of the past eighteen months, it was just great to see performances back on the famous stage. 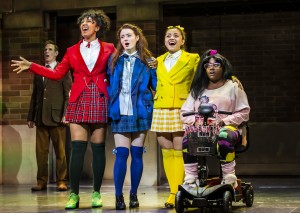 For those that don’t know Heathers: The Musical, is an adaptation of the cult 80’s film that starred Winona Ryder and Christian Slater and follows life at a school where all the popular girls are called Heather a clique who bring terror to the school – but that’s enough of the plot, wouldn’t want to give any spoilers. 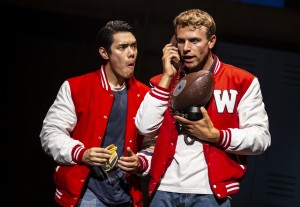 When I saw that Heathers: The Musical was coming to Nottingham I knew I had to make sure to go, the movie is an all time favourite of mine and I was intrigued to see how it would adapt to the stage, and it is fair to say I was not disappointed, with the production putting on a thrilling and exciting performance. The cast were all on top form, with Simon Gordon and Rebecca Wickes both excellent as leads JD and Veronica (played by Slater and Ryder in the movie), while Maddison Firth nailed the role of Heather Chandler. 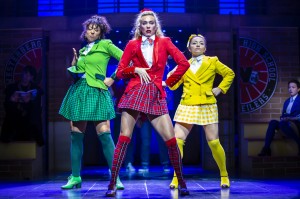 For anybody that has seen the movie they will be aware that the storyline tackles some fairly dark subjects, and while the musical does differ from the movie in some ways – as you would expect – it still manages to ensure these subjects are treated with the importance and respect they deserve while still telling the story. A warning though, the show does include assault, suicide and murder. 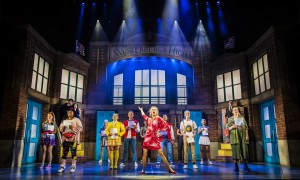 This was a fantastic, fun adaptation of one of my favourite shows, with moments that will make you laugh, gasp and even jump and the standing ovation that greeted it at the end was much deserved. Whether you love the movie Heathers or haven’t ever seen it I am sure you will enjoy this show.
After over eighteen months this was a fantastic return to the Royal Concert Hall for me and I highly recommend catching the show if you can, as for me I’ll be digging the film out for another watch tonight.

You can catch Heathers: The Musical at Nottingham Theatre Royal until 4 September – check out the website for ticket info.