I was lucky enough to catch two fabulous exhibitions this week at the New Art Exchange in Hyson Green. Through photographic social commentary Sunil Shah’s“Uganda Stories” welcomes us into a world his family once knew, a world shrouded in heritage with deep sentimental family roots, where everything they had known and loved was sadly changed forever when Idi Amin came into power. Mahtab Hussain and his “The Commonality Of Strangers”exhibition takes us closer to home and explores the varying growing cultures living side by side in a far from affluent part of our very own city in the cultural beating heart of Hyson Green. He digs deep into the lives of the people he’s captured on camera, exploring their backgrounds, highlighting the plights they’ve conquered and endured to get where they are, many –it became apparent to see- were migrants searching for a better life beyond, war, corruption, and fear. Hyson Green unknowingly became their safe haven.

“Imagine yourself. You live in a camp in your own country for eight years and get fed by international organisations like Save The Children or Oxfam. 10 years ago you had your own house, you had your own farm, you had a couple of cows, camels or goats, living a normal African villager’s life. Today, there are no villages. They’ve been burned, bombed, people have been displaced, fleeing to neighbouring countries, fleeing to massive internal camps, relying on aid from outside. This is the kind of life they live now in Dafur.” 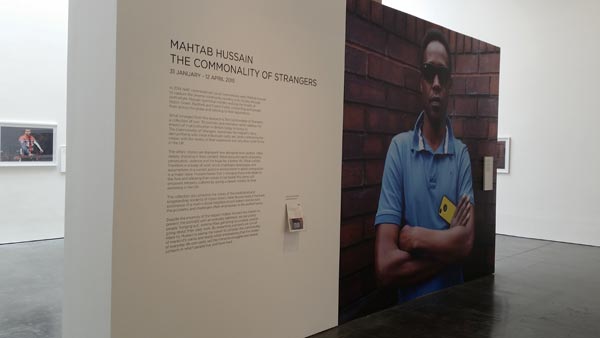 Mahtab Hussain’s The Commonality of Strangers captures the sad but all too common struggles of many of the inhabitants of inner city communities and cultures. Far too many politicians have been quick to blame this country’s financial struggles on what they call opportunistic migrant populations, and Hussain gives these marginalised communities a strong and firm voice to argue this fallacy.Every face photographed has a story to tell. Each and everyone of the images humanises the subject. The spirit of each and every culture living side by side has something to offer as part of a collective neighbourhood, although Hussain found thatnot all will get on as a community they learn to live with their cultural and economic differences. It is clear to see that Hussain engaged with his subjects and certainly gained their trust to get the best out of them. There was no fancy Photoshop editing, the images were raw, profound, and stripped down to make the subject the centre of attention. Although a large section of his subjects have a strong desire to return to their native lands they strongly understand that due to social and economic changes thanks to wars and corrupt political regimes this will never happen, so they would like to build a positive future for generations to come in this country. This is shown by the building of local businesses by many of the inhabitants. Hussain connects with all walks of life, dispelling the judgements and urges viewers to do the same. This is well worth a see and is currently running in the main gallery unit the 12th April 2015. 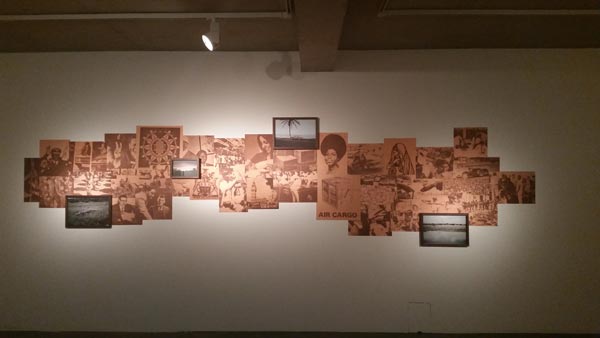 Uganda Stories by Sunil Shah is both a subjective journey to recollect the past and a study in photography’s documentary potential to reassemble history. In this exhibition, Shah explores very personal themes linked to his family roots and heritage as Ugandan Asians, and offers wider narratives around exile, memory, and loss.

He takes us on a pictorial sentimental journey of places that meant so much to his family, people that were prominent figures in his life, and how all this defined his own cultural identity. Places close to our hearts are often depicted in serene images, but Shah’s images paint a world before devastating destruction and corruption. A world that will never be seen inthe glory it once was, by this generation or generations to come. Everything his family had known and loved was taken pretty much overnight. Businesses and livelihoods were lost. Shah captures the memories that could never die when the dream his families were living did infact crumble so quickly and cruelly.Heartache and struggle lie at the core of his exhibition. Many of the images transports you back to a time of success and happiness, before the world around them started to dissolve so quickly. 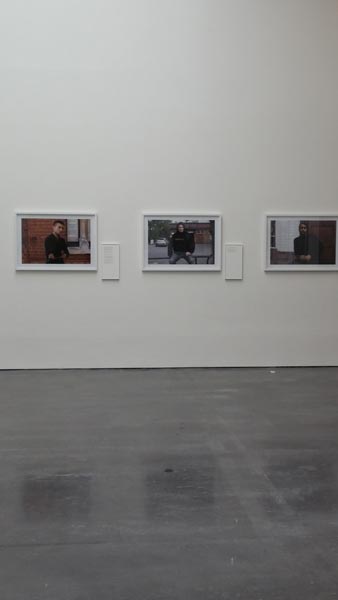 Shah’s News Nostalgia Reduxthat takes up a large part of the gallery serves as a photo-montage installation where newspaper cuttings of political events and personal images have been brought together to capture both media and personal accounts during all the unrest. Every image leaves you with the open door to make your own interpretations. The sadness that surrounded his family was used as a positive tool to build a life in the UK away from harsh dictatorship regimes. Shah silently commands respect for his family’s struggles as he draws the viewer into such a brutal world that once existed.

Review and pictures by Claire Broughton