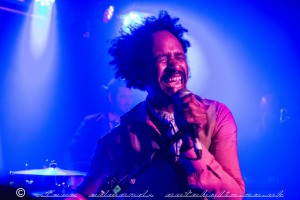 If you’ve not heard of the Fantastic Negrito then you really need to do your ears a huge favour and check him out. He visited Nottingham on August 3rd as the last date of the UK leg of his current world tour and he, along with his band, delighted the audience at The Bodega with his unique blend of Soul, Funk, Rock & Blues.

Opening for Fantastic Negrito, real name Xavier Dphrepaulezz, were the trio of Miraculous Mule, a London based blues rock band who did a great job of livening up the crowd whilst gaining a host of new fans along the way. 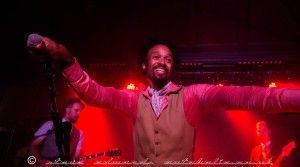 Fantastic Negrito (he admits that’s not what his Momma calls him) blew the entire room away with his energetic style as he and his band played some of the funkiest, hard hitting blues ever to be performed on a Nottingham stage. He interacted with his audience throughout this stunning performance and hopefully he’ll make a welcome return to the city at some point.

This is the third incarnation of a musician who has seen more life than most people could ever imagine. He’s stared death right in the face on more than one occasion both creatively and in real life when he found himself at odds with an armed gunman and following a car accident in 2000 that put him in a coma. This incredibly talented man taught himself to play every instrument he could lay his hands on and manages a virtuoso performance which he accomplishes having overcome the disadvantage of severely injured playing hand. 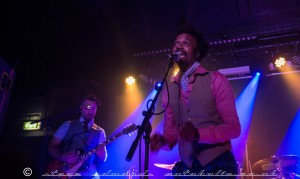 The majority of the set was taken from Negrito’s very successful third album called The Last Days of Oakland which is on the Blackball Universe label and of course is available anywhere great music is sold. If you’re only buying one album this year, make it this one. You won’t regret it.