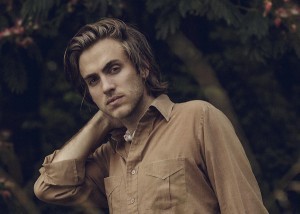 Nashville singer songwriter Andrew Combs is one of the reasons Nottingham can breathe a sigh of relief that The Maze is to stay open.

Returning to the UK for an intimate acoustic tour, after appearing with his band at The O2 Arena in London earlier this year as part of the Country To Country Festival, Combs delivered a faultless set on Monday evening, which included some of his newer material from Canyons of My Mind,  some of Andrew’s strongest songwriting to date which is already receiving support from NPR, American Songwriter and Paste Magazine. We were also treated to some older favourites from his  2015 breakthrough album, All these Dreams. The critically acclaimed album which landed on numerous best-of lists, including The Guardians 10 Best Country Albums, Rough Trades Albums of the Year and Rolling Stone’s 40 Best Country Albums, among others. 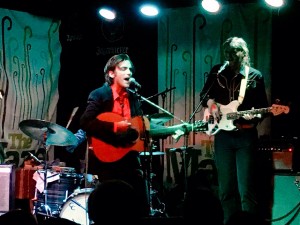 The audience, welcomed on stage the Dallas native with a series of good-mannered whoops and hollers that would continue through his set, greeting each song like an old friend.
Starting the set with Rose Coloured Blues, Combs was accompanied on stage by a talented 3-piece band, skillfull with their instruments and tight with their harmonies.
One of my personal favourites, Dirty Rain followed. An emotive country ballad, which ‘ponders the consequences of  how recklessly we treat our world’ it allows Combs to show of his impressive vocal range, which has earned him international accolades and comparisons to everyone from Leonard Cohen to Harry Nilsson to Nick Drake to Glen Campbell.
Andrew, who describes his music as a blend of folk, soul and country, continued the evening with a number of well crafted songs, including Silk Flowers, Better Way, Dreams, LauraLee. Many of the songs he writes about himself and people he knows. Silk Flowers being about the permanent and ephemeral aspects of love. We also heard his recent single Blood Hunters (video below)
Andrew may not be a household name in the UK yet but he is well established in the East Nashville singer-songwriter scene alongside friends and contemporary artists Aaron Lee Tasjan, Erin Rae, Caitlin Rose and Nikki Lane.
Andrew and his fellow indie artists are creating an alternative Nashville music scene. One which is coexisting completely independently from the glitzy dizzying glamour of mainstream music institution Music Row, born in the dive bars of East Nashville – these young talented musicians are capturing the voice of an American generation.
By Tanya Louise
Editor
@tanyalouise_
Share this content....