A couple of years back, during an interview for the inaugural issue of Notts County fanzine Black & White, JAKE BUGG told me how he’d love to play on the Meadow Lane pitch one day. This weekend he’ll have that chance, however it won’t be music he’ll be playing, instead Jake, along with a host of other names from the world of music, will be donning his boots, and all in the name of charity.

Football Rocks is a brand new event taking place at the home of the World’s Oldest Football League Club and will see Jake, along with members of the likes of REVEREND & THE MAKERS, THE ENEMY, THIS FEELING all show off their football skills in a bid to be the first FR champions.

The event, which was organised by Nottingham band THE SWIINES, who will be teaming up with Jake on the day, is aiming to raise money for two fantastic cause, the British Heart Foundation and Robin Hoodie. The later is a charity that was set up by Jake with the aim of supplying music instruments to schools which are struggling financially. 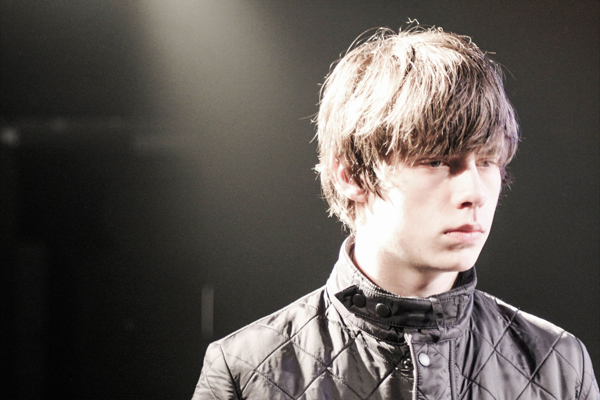 Jake Bugg will be playing on the Meadow Lane pitch

As a County fan we’re sure Jake will be relishing the chance to step out onto the Meadow Lane pitch and he’s not the only Magpie supporter there, SAINT RAYMOND, himself a lifelong fan of the Black & White Army will also be taking to the pitch and looking for the kind of glory that evaded the Pies this season.

Tickets for the day are still available, priced at £10 and we’re sure it’s going to be great fun, and extremely competitive, and probably a hell of a lot more enjoyable than most of what has been seen on that pitch this season (and that’s coming from a Magpies season ticket holder).

For more information head over to the Football Rocks Facebook page.