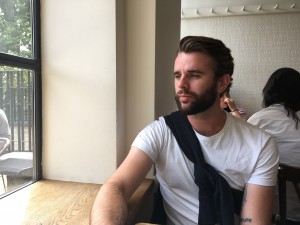 Josh will be responsible for booking and promoting shows nationally as well as within the expanding portfolio of DHP Family venues which include Oslo (Hackney); Borderline (Soho), The Garage (Highbury), Thekla (Bristol), Rock City, Rescue Rooms and Bodega (all Nottingham).

The move comes following a year at DHP Family learning the ropes as promotions coordinator delivering London specific marketing. At the same time, Josh was also promoting exciting new acts though his own Girls & Boys brand which began as a club night at the Hoxton Square Bar & Kitchen.

DHP Live director Dan Ealam said: “With his ears and knack for discovering great new music, it became abundantly clear to all of us that Josh’s future lay in being a national concert promoter. Off his own back we have seen him sell out shows at Oslo, Omeara, Moth Club & Bermondsey Social Club and already taking acts through to Koko so we’re really excited to see where the future takes him with the power of DHP Family behind him!”

Josh has been involved in the music industry for more than eight years, including stints at Ignition Records working on the Oasis Definitely Maybe re-release campaign; JCF management working with The Prodigy before launching his own Girls & Boys brand working with new and exciting acts across events in London as well as appearing himself in bands Brother and more recently Tender.

Josh said: “Discovering new artists and seeing them develop into great live acts has always been a real passion of mine, and after promoting shows independently for the past few years, I’m really excited about joining the team at DHP Family as a national promoter. It’s a great time for the company and I see being the new promoter in the team as a really exciting opportunity.’’

Josh has promoted artists such as Parcels, Her, Leon, Carmody, Laura Misch, Oscar Jerome & Blossom Caldarone in London for the last 18 months. Alongside this Josh has been in the marketing team at DHP Family for the past year, working across all of their London shows, gaining great insight into physical/digital marketing.

Reporting to Dan Ealam (director, DHP Live) and Bob Bark (Head of Concerts), Josh takes up his new role with immediate effect and can be contacted at joshua.ward@dhpfamily.com

Music: DHP Family in Line for a Raft of Honours at UK’s Leading Music Industry Awards