Welcome to the brand new weekly football column here at NottinghamLIVE, each week I’m going to be taking a look at the latest goings on at Forest, Notts and the Stags as the season progresses – and hopefully I’ll be getting thoughts from a few fans along the way.

I’d like to kick things off with a bit of a disclaimer. I’m a lifelong Notts County fan, so am somewhat accustomed to suffering, therefore, while I’ll do my very best to make this a neutral column I apologise in advance if any hint of bias seeps out (especially when County and the Stags go head to head).

Anyway, on with the first column, after a packed pre-season that saw varying degrees of change at all clubs, the season is now finally underway and it’s been something of a mixed start so far. 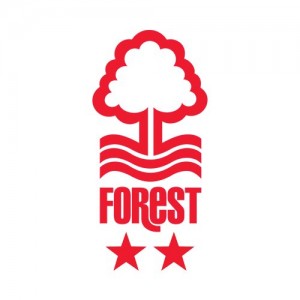 At the City Ground it’s been all change upstairs for Forest with a, somewhat, controversial new owner taking the reigns and signalling the end of the massively underwhelming Fawaz era. After coming in amidst a blaze of glory Fawaz’s spell as owner was characterised by poor performances on the field and what, at least seemed like, complete disarray off it. It’s safe to say that most fans were glad to see the back of the chairman. After an initial takeover deal with an American consortium fell through it was Evangelos Marinakis who finally saw through a deal, though not without controversy as the Olympiakos owner currently faces accusations of match-fixing back in Greece. Still hopes are high at the City Ground with a new regime in charge and former Rangers boss Mark Warburton in the hot seat.

For Forest the season kicked off on Friday night with a tough opening game against last season’s League One play-off winners Millwall. Forest included several new signings in the starting line-up, including winger Barrie McKay who’s stunning 25-yard strike was enough to earn three points for The Reds, despite coming under the cosh from the visitors through much of the match.

Wednesday night saw Forest open their account in the League Cup (or the Carabao cup as it’s now officially named) with a narrow victory over League One side Shrewsbury. A fully changed Forest side ran out 2-1 winners thanks to goals from Mustapha Carayol and Jason Cummings to earn a spot in the hat for the next round. 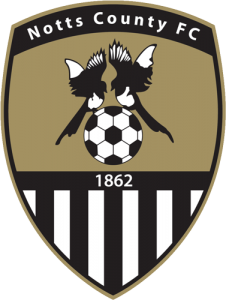 Notts County will not be joining their neighbours in the next round, however, after crashing out in cruel fashion after a thrilling night at Scunthorpe United’s Glanford Park. In a match played in torrential rain County took the lead thanks to Jorge Grant – whose year-long loan signing from Forest was easily the best of County’s summer signings. However Scunthorpe hit back and with four minutes to go looked to be heading through until debutant Shaun Brisley netted in injury time forcing the game into extra time. Again Scunthorpe looked to have the match won when Duane Holmes notched his second of the game to again put the home side in front, only for fellow Forest loanee Ryan Yates to smash home and take the game to penalties.

The shootout took place under the FA’s new ‘ABBA’ system, in which team A goes first then team B has two penalties before team A then takes two etc, no idea why they felt the need to introduce this, anyway it was the home side who edged the shootout, after Matt Tootle saw his spot kick saved, and moved into the next round.

Despite the result it was still a massive improvement for the Pies after a demoralising opening day defeat at relegated Coventry City when a Jodi Jones hat-trick saw the home side run out 3-0 winners in what was a lacklustre performance from Kevin Nolan’s side.

Hopefully Tuesday night’s performance is a sign that Saturday was just a bad day at the office. 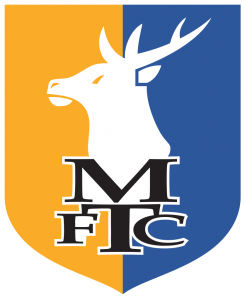 Meanwhile Mansfield Town who must surely have been the busiest side in the transfer market this summer – though they did most of it early – kicked off with a credible draw at Crewe Alexandra. Boss Steve Evans started seven of his new signings in the opening game, and with pressure on to push for promotion this season, was looking for a strong start. In an entertaining match The Stags twice had to battle back from behind as goals from Danny Rose and David Murfin meant they came back from Gresty Road with a well earned point and a performance that will certainly have encouraged all watching.

Like County, Town faced opposition from a higher league in the League Cup and, just as in the case of their rivals, fell at the first hurdle. Despite a spirited display from The Stags a single goal from Callum Camps was enough to see Rochdale leave the One Call Stadium with the win and a place in the next round. Though things could have been very different had Danny Rose not seen his second half penalty saved by Dale keeper Josh Lillis.

So, a mixed start for all three sides, with Forest unquestionably the happiest of all three clubs, and will be feeling very confident as they head to Brentford’s Griffin Park on Saturday.

Meanwhile, with confidence somewhat improved thanks to Tuesday night, County face a second recently relegated team in a week as Chesterfield head to Meadow Lane in what promises to be a tough and tasty encounter.

Mansfield have their first home league game of the season as well and will be looking to build on their opening day draw but face a tough challenge from newly promoted Forest Green Rovers who haven’t been afraid of spending a few quid as they look to impress on their debut year in the football league.

So the season is now underway and while it’s still far too early to make any predictions on how things will go it’s always interesting to see how things start and how new players bed in.

Hopefully you enjoyed this opening column, it’s fair to say it was more a round up, I’ll be looking to adapt more opinion and commentary into this as the season progresses and would love to have people involved, we’ll be looking to speak to fans of all clubs to find out more about you and your thoughts and your views on the season are all welcomed.

If you want to get in touch please feel free to tweet me at @pogester, with the hashtag #nottmfootie and I’ll keep an eye out. You can also email me at darren@nottinghamlive.co.uk all thoughts on the column welcomed.