“That was my idea. I didn’t want to do a head shave this year so I asked Kris about it and he said he’d sort it.”

Matt Wragg, bassist in Nottingham rock band I’m A Model Baby is talking about the bands decision to take part in the sponsored waxing at this year’s Macmillan Fest, at which they perform this Saturday.

But just how quickly did he regret jumping in with such an offer?

“Very very quickly haha! I had to convince the rest of lads to do it as well. All for a good cause though! If anyone feels like donating because they want to see us cry like girls they can do so via this link: http://www.justgiving.com/IAMB-LegWax“

Of course the band won’t just be turning up to get their legs waxed on Saturday, they will also be performing as part of a stellar line up. the band will open the Born Wild stage (Rescue Rooms) at ten past two and Matt, like the rest of the band, is excited about being a part of it all.

“It really is (exciting). The festival has grown so much over the years, the utmost respect to Kris (Davies) because I know he puts so much into organising it. I’m really looking forward to just chilling with friends and listening to great music all day, all for a great cause as well which just makes it better.” 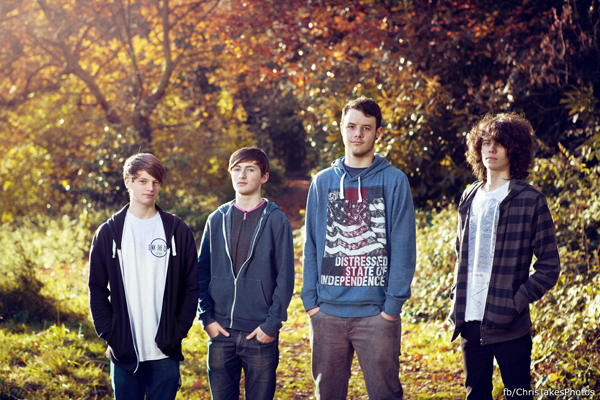 Having the responsibility of opening the main stage is quite something and the band know they’ll have to be on top form, so what can those there early enough expect from their set.

“Lots of ENERGY! We’re a very energetic bunch and we like to translate that into our live show, getting the crowd involved and just making sure everyone is having a good time!”

The lineup up it, to quote Matt “HUGE this year” and, like the rest of us he has a list of bands he is determined to check out during the day,

“I’m looking forward to a lot of the bands playing Stealth, such as Sink the City because their shows are fucking immense” he tells us, before adding “Also Adam Zareba, In Hindsight, Patriot Rebel, they’re are so many I’m going to be running around stages all day”

Of course the aim with Macmillan Fest, and the reason that so many people work so hard to ensure a fantastic day, is to raise lots of money for Macmillan Cancer support, something which Matt says makes days like these even better to be a part of.

“We love playing (gigs) so take as many chances as we can, knowing that doing so is going to change people’s lives is such a great feeling!”

Matt is the youngest member of I’m A Model Baby, which was initially started by Joe Blake, Tom Cole and Dan Taylor, who all knew each other through school. Having been asked to join the band on bass the group then started jamming before moving on to writing their own songs and finally they reached a stage where they were ready to get out their gigging.

While many bands in Nottingham have started off with gigs at the likes of The Maze and Jamcafe, for I’m A Model Baby their first performance was something a bit different.

“We played a Church Hall in West Bridgford.” Matt tells us, before adding with a  laugh, “We got paid £20 each for doing two hours of covers”

Things have moved on a bit for the band since then leading to some memorable gigs, including a performance at the Hit the Deck festival this year.

“For me it has to be playing Hit the Deck, despite clashing with some big bands we still got a sick turnout which was really cool”.

Another favourite was another fundraising festival at which the band played, this time for the mental health charity Rethink.

“We were playing upstairs at The Maze, which is fucking tiny and it was absolutely rammed. We had people queuing down the stairs. The atmosphere was amazing”

Of course not all gigs are memorable for the right reasons and it’s back at The Maze we go when we ask Matt about any gigs he’d rather forget.

“It was one of them gigs where we were playing to our parents and the other bands. As soon as we started playing Joe snapped a string and then sticks were getting broken and lyrics were forgotten. It definitely wasn’t one of our highlights”

Following Macmillan Fest the band currently have only the one gig lined up, performing with fellow Macmillan Fest main stagers Patriot Rebel in Sheffield, however they are working hard on new material – as well as looking for gigs out of Nottingham. So does that mean we can expect an EP or album in the near future?

“An EP is definitely on the cards, it’s just about writing the best songs we can to make it worth spending all the money on!” 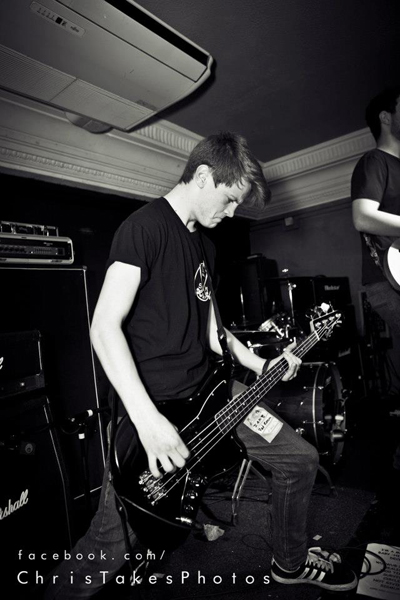 Of course for any band it’s important to take some time to chill out, though the band even like to do that as a group as Matt tells us.

“Band beer nights are always fun. We just go round to each others house and play Xbox while enjoying a few beers”  they also like to frequent a well known chicken restaurant. “Nando’s is our favourite place to eat! Standard order, half chicken with garlic bread, chips and piri piri salt”

So there you have it, not only do they play great music they also offer food suggestions and are willing to get their legs waxed for charity – rather them than me that’s for sure.

So get down to Macmillan Fest nice and early and make sure you catch I’m A Model Baby kicking off the main stage.

Talking of the band name, on a final note, we had to ask where that came from.

“This is a question we get asked a lot” Matt laughs, “we like to tell people it’s because Dan was an underwear model in Russia when he was a toddler – you’d be surprised how many people believe that, but unfortunately that isn’t the truth”

Sadly, as Matt soon tells me, the real story behind the name isn’t nearly as interesting.

“During our first gig we didn’t have a name, one of Joe’s family friends mentioned that if he had a band he would call it I’m A Model Baby, so we went with that and it stuck.”

We think said friend may have been watching Austin Powers the night before the gig, still stuck the name as and I’m A Model Baby have certainly been making their mark on the Nottingham scene and you can find out why this Saturday.

I’m A Model Baby will be playing the Born Wild Stage at Macmillan Fest this Saturday, 7 September, for more information click here