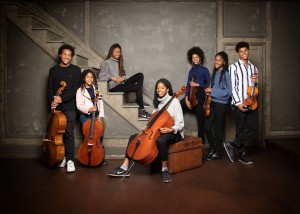 The iconic entertainment venue today announced a season of events to kick-start their recovery and provide a pathway to re-opening fully next year.

An exciting eight-week season of comedy, drama, opera, musical theatre, pantomime and classical music, including a special performance by all seven siblings in the Kanneh-Mason family, has been programmed to run from Wednesday 10 February 2021 at the Theatre Royal & Royal Concert Hall.

New measures and procedures are already in place to ensure our audiences, staff, visiting artists and companies can return safely once theatres and concert halls are permitted to re-open.  These performances in Spring next year will adhere to government guidance and local restrictions, including socially distanced seating, electronic ticketing and flexible returns policy, one-way systems, temperature checks and enhanced cleaning procedures.  For more details on what a socially distanced visit to the venue will look like, please visit trch.co.uk/covid-19-measures

Peter Ireson, Venue Director for the Theatre Royal & Royal Concert Hall, said: “Working with both new and established artists and companies, the season of socially distanced events we’ve announced today will form a critical first step in our recovery, and, we hope, a first step on the path to re-opening at full capacity later next year.  It’s vital to rebuild our audiences’ confidence in returning to see a live performance, and for them to fall in love with it all over again.   Whilst we cannot open under the current restrictions, we are optimistic that by February we will be able to do so.  We cannot wait to welcome audiences and performers back into this glorious space, we’ve missed them all so much.”

The diverse programme of events which go on sale today has been carefully curated to appeal to a wide audience, and includes stand-up comedy, West End musical screenings, live classical music performances, plays and pantomime.

One of the season’s brightest highlights will be the chance to see all seven Kanneh-Mason siblings, ranging in age from 11 to 24 years old, perform together live on stage.  Featuring a programme of music by Beethoven, Mozart, Bartok, Chopin, Rachmaninov, Eric Whitacre, and Joseph Stein, this is a rare and very special event for all classical music fans.

Jimmy Carr will bring three nights of stand-up comedy, and funny man Joe Pasquale will star in John Godber’s touching and hilarious play April in Paris.  The Theatre Royal’s perennial favourite, The Colin McIntyre Classic Thriller Season, will return for a special three-week season of head-scratching, nerve-jangling murder mystery plays, and families will have the chance to come together and enjoy a socially distanced pantomime performance of Sleeping Beauty, rescheduled from Christmas to Easter time.

There will be a week-long run of cinema-style screenings of West End hit musical theatre and dance, including An American in Paris, 42nd Street, Kinky Boots, Matthew Bourne’s The Red Shoes and, for families, a charming stage adaptation ofThe Wind in the Willows.

Another treat for theatre fans will be JINGAH!, a spectacular musical production featuring giant bioluminescent puppets, a fire-breathing violinist, flying opera singers and a troupe of Cirque du Soleil acrobats.

Wed 10 Feb 7pm An American In Paris – The Musical

This Tony® Award-winning Broadway musical, inspired by the Oscar® winning film, tells the impassioned story of love in the ‘City of Light’.  Jerry Mulligan is an American GI struggling as a painter in a city suddenly bursting with hope and possibility.  Following a chance encounter with a beautiful dancer named Lise, the streets of Paris become the backdrop to a romance of art, friendship, and love

Originally directed and choreographed by American star of stage and screen Gower Champion, this revival of the Tony and Olivier Award® winning tap spectacle is directed by co-author Mark Bramble.  Featuring the iconic songs ‘We’re In The Money’, ‘Lullaby Of Broadway’, ‘Shuffle Off To Buffalo’, ‘Dames’ and ‘I Only Have Eyes For You’, this screening of the show’s largest ever staging comes from its West End spiritual home, the Theatre Royal Drury Lane

Matthew Bourne’s magical adaptation of the classic Powell and Pressburger film is set to the achingly romantic music of golden-age Hollywood composer Bernard Herrmann, the production is orchestrated by Terry Davies, with stunning designs by Lez Brotherston, lighting by Paule Constable, sound by Paul Groothuis and projection design by Duncan McLean. Filmed live at Sadler’s Wells in London especially for cinemas, Matthew Bourne’s The Red Shoes stars Ashley Shaw as Victoria Page, Adam Cooper as Boris Lermontov and Dominic North as Julian Craster. This ‘cinematic masterpiece re-Bourne on stage’ (★★★★ Evening Standard) will dazzle your senses and break your heart

Winner of the Tony® Best Musical, this huge-hearted hit by Harvey Fierstein and Cyndi Lauper is a story of two people with seemingly nothing in common.  Factory owner Charlie is struggling to save his family business, and Lola is an entertainer with a wildly exciting idea. This unexpected pair learn to embrace their differences and create a line of sturdy stilettos! But in the end, their biggest achievement is their friendship.

The hit musical from creator of Downton Abbey, Julian Fellowes and award-winning composer and lyricist, George Stiles & Anthony Drewe.  Join Ratty, Badger, Mole and the impulsive Toad on a series of riotous adventures spiralling from Toad’s insatiable need for speed!  Featuring eye-popping design, exuberant choreography and a glorious score, the show is packed with comedy, heart and thrills

Successful playwrights, Max and Nigel, are desperately searching for a new idea for their next play, so decide to imagine a victim first and then fit the mystery plot around the dead body.

Once Nigel’s wife Ann is selected as the fictional murder victim, the two writers draw on all their experience to construct a real life murder

Actress Zoe Lang attends a most unusual improvisation workshop and finds herself auditioning to be the bait in a police plot to trap a real-life serial killer. With a hard-hitting storyline, this very modern thriller is packed with plenty of dark, sardonic humour to punctuate its mood of prevailing menace

Charlie Nicholson, in debt and suffering from writer’s block, needs a quick fix for his problems. When famous actor, Merlin Foster, commissions a script which must contain the perfect method and alibi for the murder of his wife, Charlie has found his solution

Joe Pasquale and Sarah Earnshaw star in John Godber’s classic comedy, going into the heart of one ordinary couple’s life as they take the journey of a lifetime and a deeper exploration of their relationship

Cult hit event Solve-Along-A-Murder-She-Wrote is an interactive screening of the classic Murder, She Wrote episode ‘Birds of a Feather’, featuring games, prizes and audience participation

Tickets are on sale now, with more events to be announced soon.