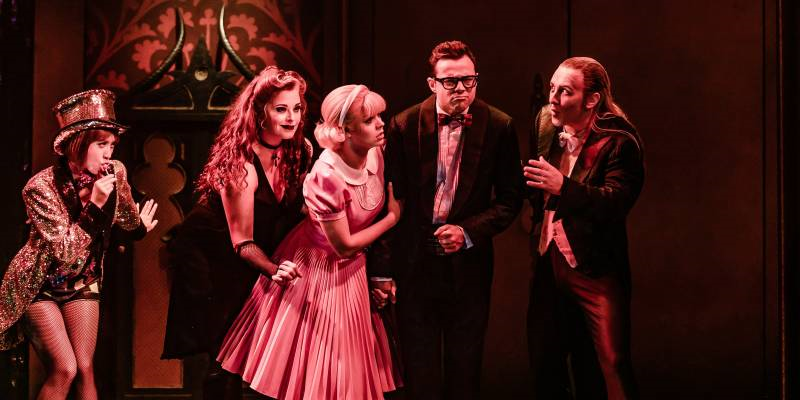 On press night we were treated to Kristen Lavercombe as Dr Frank n Furter rather than the billed Duncan James. Any initial disappointment quickly evaporated within the first few seconds of Lavercombe appearing on stage.

Due to James being poorly, there was a bit of a knock on effect with the cast meaning Riff Raff was played by Andrew Ahern. It was incredible to see how adaptable and amazingly talented these stars were. 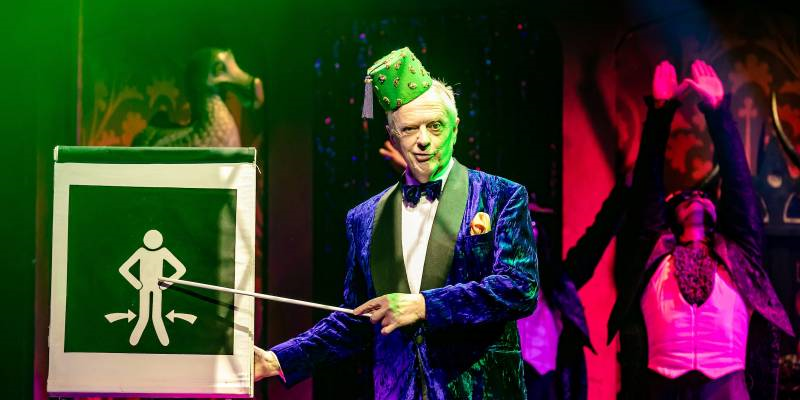 However one person did steal the show and that was The Narrator who was portrayed by Philip Franks. From the moment he graced the stage the audience fell in love. His hilarious topical adlibs (did someone mention a certain Etonian) and his fantastic ability to play off the crowd entertained from beginning to end with the cheeky suspenders!

As always I was astounded by the simply beautiful and mesmerising sets and costumes. The fantastic band were at the very top of the stage, and those lucky enough to sit in the stalls were able to witness their great talent in action.

During the break people did comment on the missing Duncan James, however resoundingly everyone thought it really didn’t matter!

The audience may only been half dressed (up) but were all out in full force, a great mix of ages too. An audience member described the show as really powerful brilliant escapism.