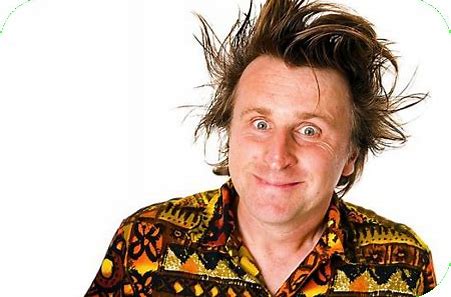 On Saturday night a packed out Royal Concert Hall were entertained by the one liner legend Milton Jones.

The show opened with Milton Jones “grandad” on a trampoline, random and definitely one for the fans…and it was instantly clear that there were some super fans in the audience…specifically in the row behind us.

Following grandad Jones, was the official warm up Tom Houghton. Who was posh and funny in equal measure. Which is really quite a compliment considering he has an official title and actually lives in the Tower of London! However, in my opinion and the opinion of others in the audience, he did border on being slightly racist and that didn’t go down too well.

After a short interval Milton Jones graced the stage. He entertained with the one liners he is known for – Islamphobia? No it’s a meat – but also with some very clever topical sketches, I particularly enjoyed the flags of the world talking to each other. It did take a few people a while to catch up, which in itself was highly entertaining when from the dark of the audience a random burst of laughter erupted in a pause of the show.

To end the show he did his classic ‘And my other grandfather…’ he did not disappoint!

As well as being thoroughly entertained by what was happening on stage, it was also very amusing to witness the amazing reactions from the audience and the annoyance brewing in my date! Just a little public service announcement…there is no need to repeat every punchline very loudly before laughing…laughter is enough of a response.