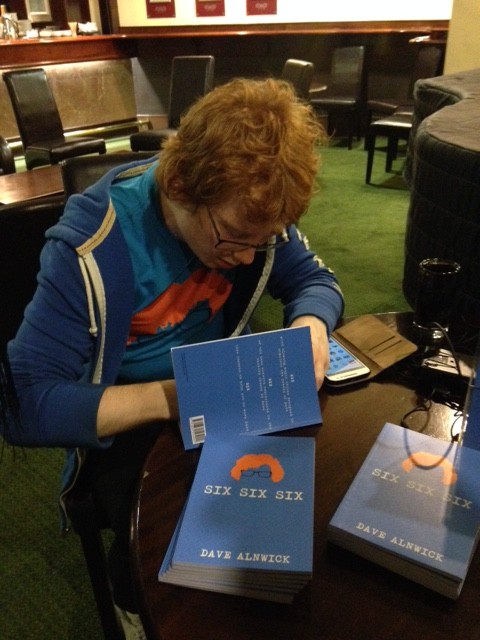 If you haven’t heard of The Third Stage Nottingham yet then you are missing out, it’s a small venue at the Theatre Royal, actually the reception area of the dress circle, so these gigs are more casual and relaxed and dare I say it a cheap night out at £8.

Who is Dave Alnwick? Well he has been a regular at the Edinburgh Fringe Festival for a few years and he was a graduate of the Paul McCartney’s Institute of the Performing Art.
I can read your mind you’re asking me, ‘ok yeah but what did he do to entertain’?

He tried to convince us to join his cult with him being the cult leader……whoa , as someone who has left one cult I wasn’t about to join another, even in jest, or was I?

Dave used his wit in cups loads, humour in buckets and trickery in gallons, mind blowing mind reading in tankloads; I was starting to drown almost to the point of baptism.

The worrying part of the evening for me was that I might have been called on to take part in the shenanigans and unwittingly this might have blown my cover. The whole audience were involved with his act, it was clever, informative and fun but also bewildering how the f** did he do that was on everyone’s lips, when another trick was completed.

We ended up buying his book ‘six, six, six,’ at £10 a bargain if we too can end up reading minds.

For upcoming shows at The Third Stage check out www.trch.co.uk