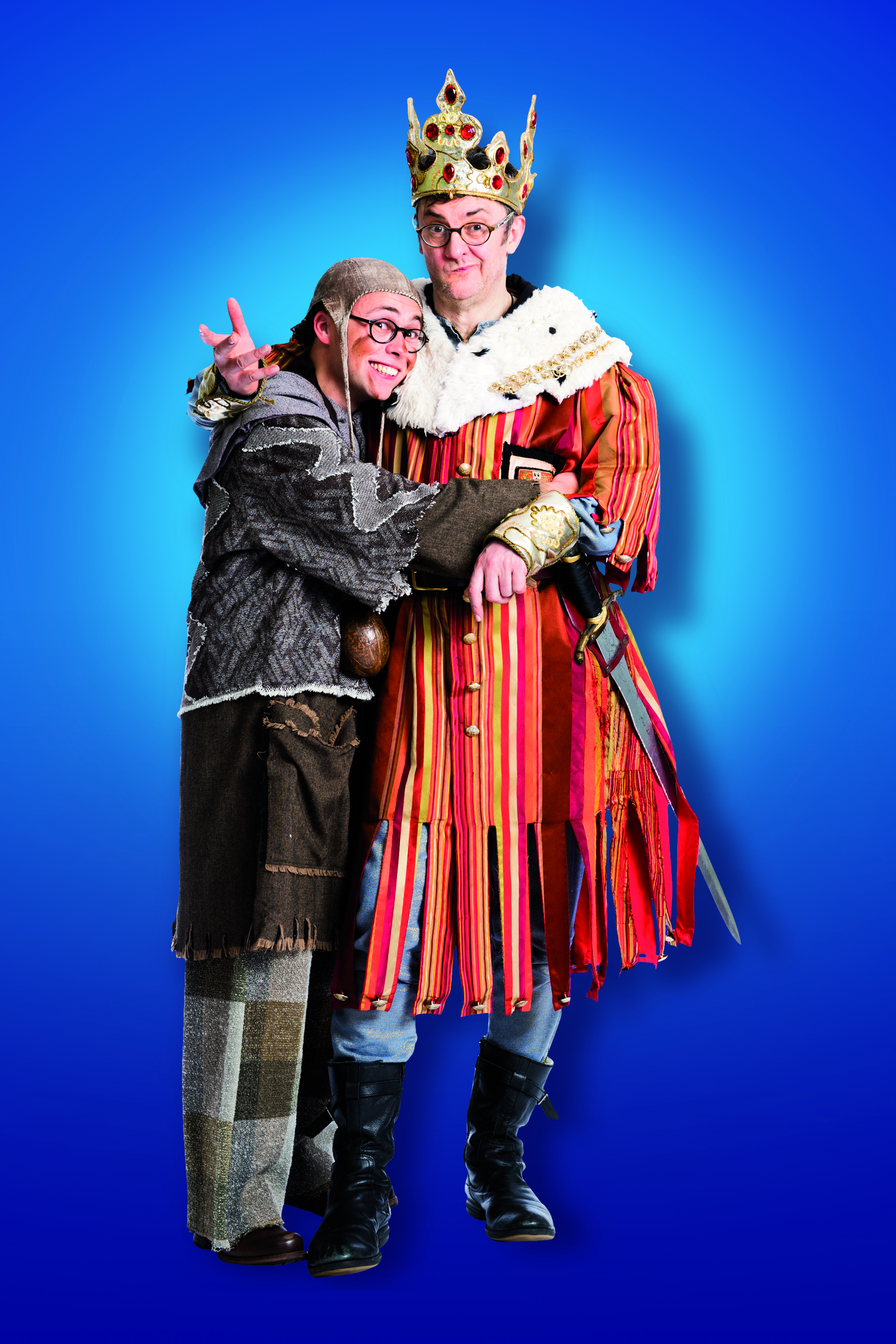 So we enter the theatre to see the opening night of the returning ‘Spamalot’ a lovingly ripped off version of Monty Python and the Holy Grail. I am more than ready for some laughs having loved Python from an early age, first being very small and seeing the grown ups at parties recite the Spanish Inquisition or the immortal “he’s not the Messiah” bit. I felt I knew most of the script before seeing the films.

This is not a unique experience. The lines and jokes pass down from generations and is ridiculously British as well as true British ridiculousness. I see the audience is a total mix of young to young at heart. I hear as many “Ni!” Shouts from the kids as I do “Brian!” From the elders.

The show starts and when you hear the clip clop of coconut shells you can already hear the giggling through the audience.

King Arthur played by Joe Pasquale does a great job. His improv and messing with the rest of the cast (well done to Will Hawksworth for holding it together!) warms the performance and is very very funny. Amazing vocals from Sarah Earnshaw as the lady of the lake with some of the most challenging songs I have ever heard (a personal favourite-The song that goes like this). She went for it and was definitely an audience favourite. As was Joe Tracini (playing Patsy) for what looked like an exhausting part to play was cheered by the crowd frequently throughout the show.

Also a massive shout to the knights (who in true Monty Python style) played four or more parts each did so amazingly well. Will Hawksworth, Richard Kent, Richard Meek, Jamie Taylor and Josh Willmott you were all brilliant.

We laughed and sang and had a great time. There were some of the old sketches and lines woven into the new script but it still felt fresh and funny. The sing along also just had to be done. Definitely get down to the theatre royal as it’s playing until 27th of June.