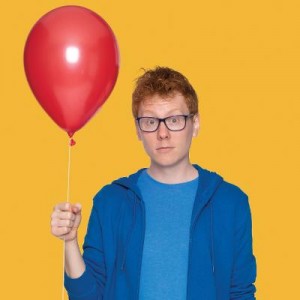 Magician Dave Alnwick, who made headlines in 2011 for using magic to catch thieves, has created a new kind of online magic show.  ‘Ethereal Magic’ is a live, fully interactive online performance hosted by the Theatre Royal Nottingham, taking place via Zoom on Saturday 13 & Sunday 14 February 2021.

“This isn’t about replicating a live theatre experience”, says Alnwick, “This is live theatre”.  Ticket holders log in to the show via Zoom and can be called onto the ‘virtual stage’ to assist with the magic.

“In many ways, magic performed in a live online setting is more powerful than what I can achieve in a theatre.  For a start, the illusions don’t happen twenty feet away from you, they happen in your home, in your own hands”.

Alnwick made headlines during his first Edinburgh Fringe Festival run when he managed to stall known thieves, who had previously stolen valuable equipment backstage.  Alnwick performed card tricks to distract them until the police could arrive.

“My friend had his laptop stolen the night before”, says Alnwick, “We had CCTV footage and I recognised the same faces in the venue the following night, trying their luck for a second time.  We obviously weren’t going to start a fight, but I thought if I could keep them busy for long enough, the police would have just enough time to get there.  So, I said ‘pick a card’ and managed to misdirect them until the police showed up” (see links below)

“I believe magic is at its best when it tells a story.  During lockdown I think we’ve all felt very isolated.  One night I was reading about ancient philosophers who intentionally isolated themselves from the world, and I discovered something I think we can all learn.  That’s what the shows about“.

‘My jaw was on the floor the whole evening’

‘Dave has a way of making everyone feel special and included. Over the medium of Zoom, he made everyone feel the buzz you would get from a live show’

‘Can he be at every event you host?’

‘It felt so special to be included. And the first time I’ve felt connected to an audience in the whole of lockdown’

‘What a superb showman. Someone who knows his craft and makes it look so easy. Would watch on loop’

‘Truly awesome and can I pinch him for my sister birthday’

‘Alnwick goes one step further to cementing himself as the most enjoyable, and almost certainly the most spontaneously funny magician on the Fringe.’ Broadway Baby

One ticket equals one link to watch the performance on one screen – multiple people from one household can watch the same screen.