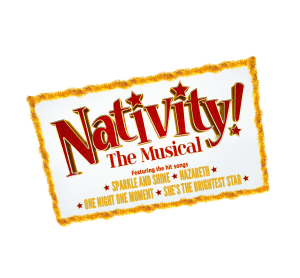 Following sold-out performances in London and a triumphant UK tour in 2017, Jamie Wilson, Entertainment One (eOne), Ramin Sabi and Belgrade Theatre Coventry are delighted to announce the return of NATIVITY! THE MUSICAL and are on the lookout for children across the UK to audition for the 2018 UK tour, including a week at the Theatre Royal Nottingham from 21-25 November.

Bright, young stars from across the country will have a chance to sparkle and shine as one of the children from Oakmoor School. Auditions will be held across the country, including Nottingham on Saturday 21 July … so hurry, there is still time to register!

To audition, children must be pre-registered with Keston and Keston the Children’s Regional Casting Directors via the iOS App ‘Keston Casting- downloadable’ that can be downloaded free via the app store or registration can be via the website www.kestonandkestoncasting.com.

All children who fall within the criteria above will be sent an invite with full information and the location for the audition.

All children auditioning must be:

NATIVITY! THE MUSICAL is written and directed by the creator and director of the blockbuster film series, Debbie Isitt. Debbie said today;

‘We are looking for characterful but disciplined children who can ‘act’ as snobby and superior and yet have a sense of fun and can give over the top performances if required.  We need the children to have good movement ability – marching, basic choreography and have excellent posture.  They should also be able to sing confidently, have basic acting ability and enjoy performing’.