The Colin McIntyre Classic Thrillers Season returns once again to the Theatre Royal Nottingham in August with four mysteries explored over four weeks, each with the same burning question – whodunit?  On sale now at www.trch.co.uk or via the box office on 0115 989 5555. 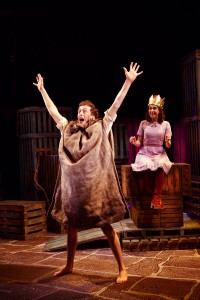 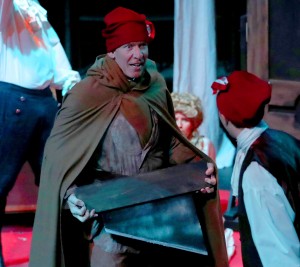 “We are so pleased to be back at the Theatre Royal this year.  We bring you: A brand new Pratt play with pratfalls galore in Peter Gordon’s Sleighed to Death, a plethora of shoulder pads from Francis Durbridge’s  A Touch of Danger, swash buckles aplenty with The Scarlet Pimpernel from the pen of Louise Page and a profusion of piquant passions from John Goodrum’s The Nightmare Room.

I am especially excited about our new adaptation of The Scarlet Pimpernel from local writer Louise Page. Baroness Orczy’s play of The Scarlet Pimpernel was first produced at the Theatre Royal Nottingham in 1903 before being published as a novel. She is often said to have influenced, arguably created, the ‘masked hero’ genre, so let’s hope our Pimpernel, Andrew Ryan, remembers to pack a cunning disguise!”

The four plays featured in the Colin McIntyre Classic Thrillers Season 2018 are:

Sleighed to Death by Peter Gordon

It is Christmas Eve and Police Sergeant Pratt, together with his unfortunate assistant, Constable Mary Potter, is on a fund-raising mission with his magic show. When they perform at a fine old country house, they suddenly find themselves at the centre of a family get-together, which is rapidly turning nasty! Determined to make a name for himself, Pratt enthusiastically sets about solving an attempted murder, with the usual calamitous results! This prequel to the hugely entertaining trilogy of ‘Inspector Pratt’ whodunit plays, introduces Pratt on his very first murder case.

A Touch of Danger by Francis Durbridge

When Max Telligan, a popular novelist, returns to his London apartment from a business trip to Munich, he finds his evening newspaper contains a report of his violent death. As the evening ensues, Max is greeted by a parade of mysterious visitors as it becomes increasingly clear that he has, it seems, unwittingly become embroiled in the activities of an international terrorist group! This Classic Durbridge thriller will keep you guessing until the final scene.

The Scarlet Pimpernel by Louise Page adapted from Baroness Orczy

Against the background of the French Revolution and Madame la Guillotine, the ‘cleverest woman in Europe’ Marguerite St. Just is torn between three men, her husband, her brother and the power hungry, aristocrat hating Chauvelin. As the elusive Scarlet Pimpernel swash buckles his way through Paris, will he be in time to save the life of yet another innocent victim? Or will Marguerite’s past come back to haunt her and snatch her from her new life as the wife of the floppish Sir Percy Blakeney to the Guillotine?

This wicked contemporary thriller, based on the classic mystery chiller by Sir Arthur Conan Doyle, tells the terrifying tale of friendship, infidelity, jealousy and revenge. Two Women. One Locked Room. One bottle of poison. This gripping and sinister drama twists and turns and will keep you on the edge-of-your-seat right until the very end.

Tue 7 – Sat 11 Aug: A TOUCH OF DANGER by Francis Durbridge