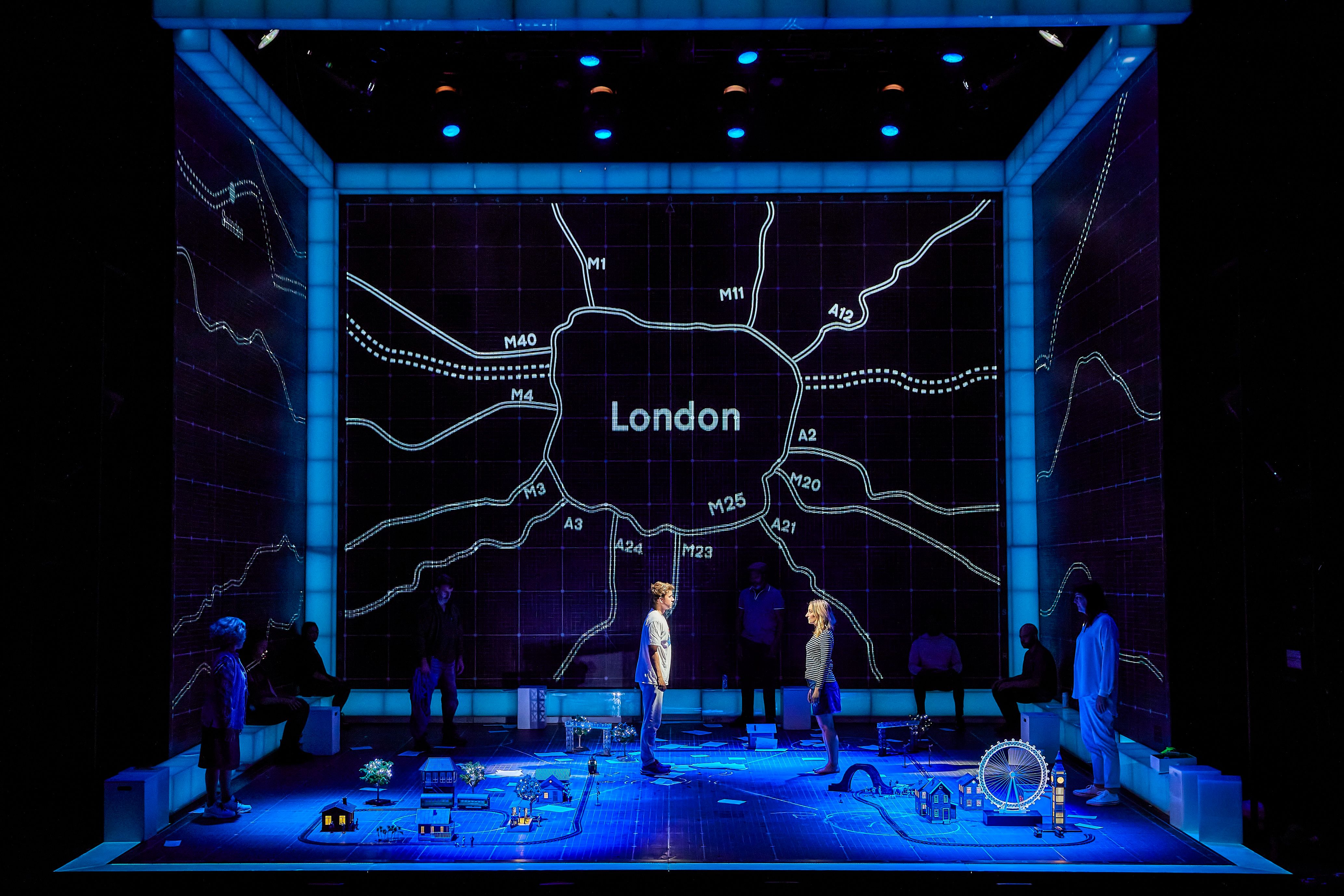 This week I had the privilege of going to Nottingham’s Theatre Royal to see the wonderful spectacle that is the on stage adaptation of Mark Haddon’s The Curious Incident of the Dog in the Night-Time. Now I actually didn’t know anything about the story, I just had heard friends raving about both the book and the play. I always try my best to not find out too many details so as not to spoil the plot of something if I know that one day I will read or see it, and I am so pleased I didn’t. 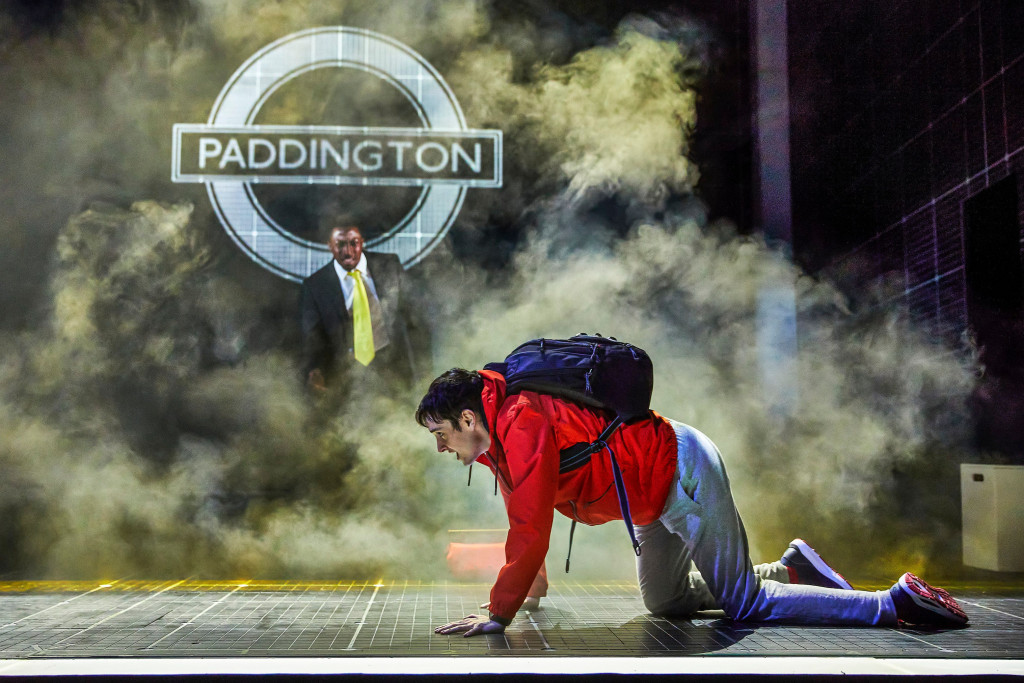 When we found our seats, we could already see the stage, there was no curtain to go up to reveal it. The set was simple yet striking, I was unsure how it was going to change to demonstrate different scenes, and to be honest it didn’t that much; but lighting and unity of movement amongst the cast was used to evoke powerful images in the audiences mind. As well as, of course, the incredible descriptive narrative throughout the play. The lead character, Christopher, who lives with autism, was depicted beautifully Connor Curren; he did a fantastic job of capturing and then portraying to the audience his uncomfortableness in certain situations. Siobhan (acted by the wonderful Rebecca Root) guides Christopher through his journey both as a figurative figure and a literal one. Between them they describe every detail down to the minutiae that Christopher observes, which really helps the audience picture each scene and at times feel quite uncomfortable. 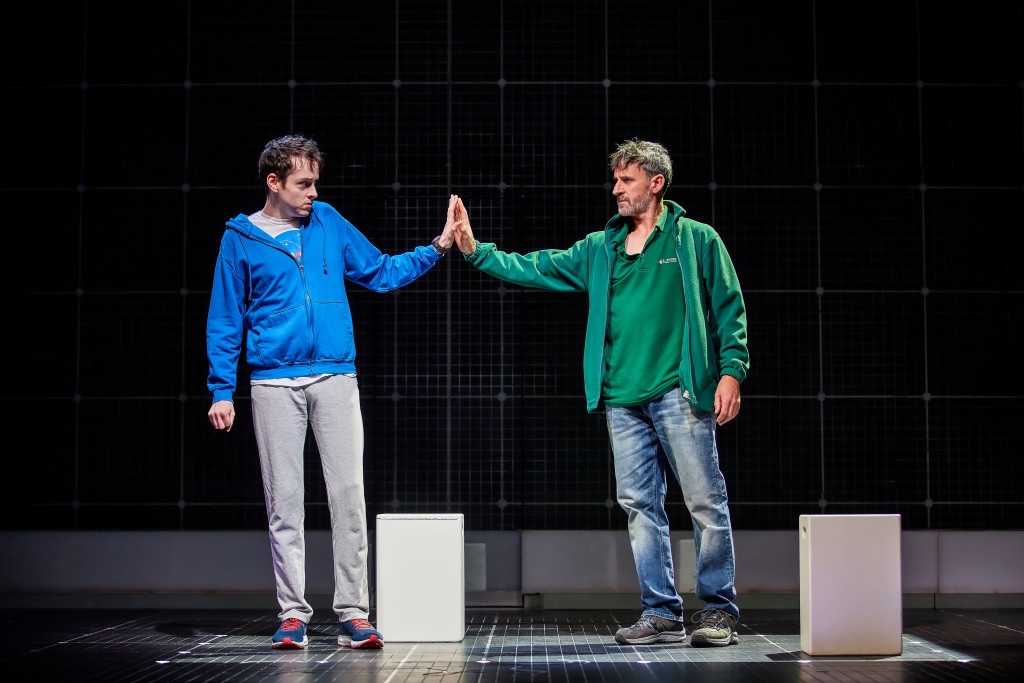 The ensemble also played a huge contribution with their unified narrative choreography to awaken the audiences imagination, depict situations and add to the multi-sensory awkwardness. As well as being incredibly dramatic it was also in places laugh out loud funny, making it quite an emotional rollercoaster. It gave the audience a window on what everyday life is like for people living with autism, the overwhelming nature of certain situations, the sensory overload and the abuse – at times it was a heartbreaking insight. I particularly liked the juxtaposition of the fathers simplicity to Christopher’s almost philosophical intelligence and depth but yet both of them being very matter of fact about things, one only speaking the truth and the other unable to. My favourite line of Christopher’s was when he asked his father if he ever thought about how the rain reminds us of how all water is connected. 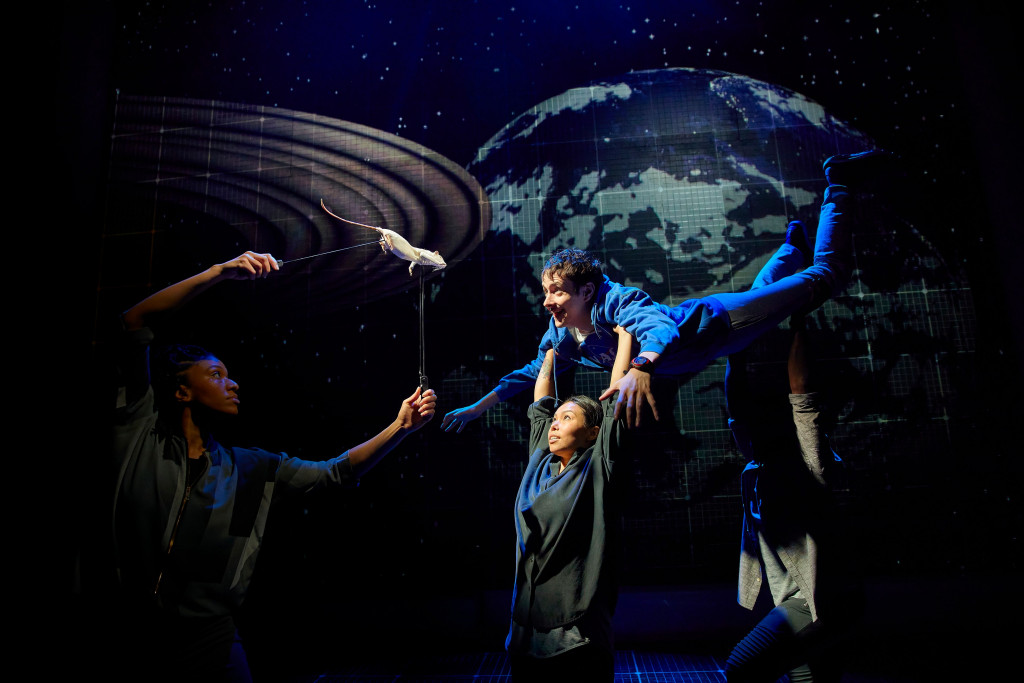 This a play that will speak to many different people, due to the variety of characters and the layers to the story. It was quite overwhelming in places, disturbing in fact. It also emphasises the devastating consequences of lying and also speaking only the truth. There were lots of life lesson’s to be taken away from it on how to cope, I think everyone needs a Siobhan in their mind to help them through. 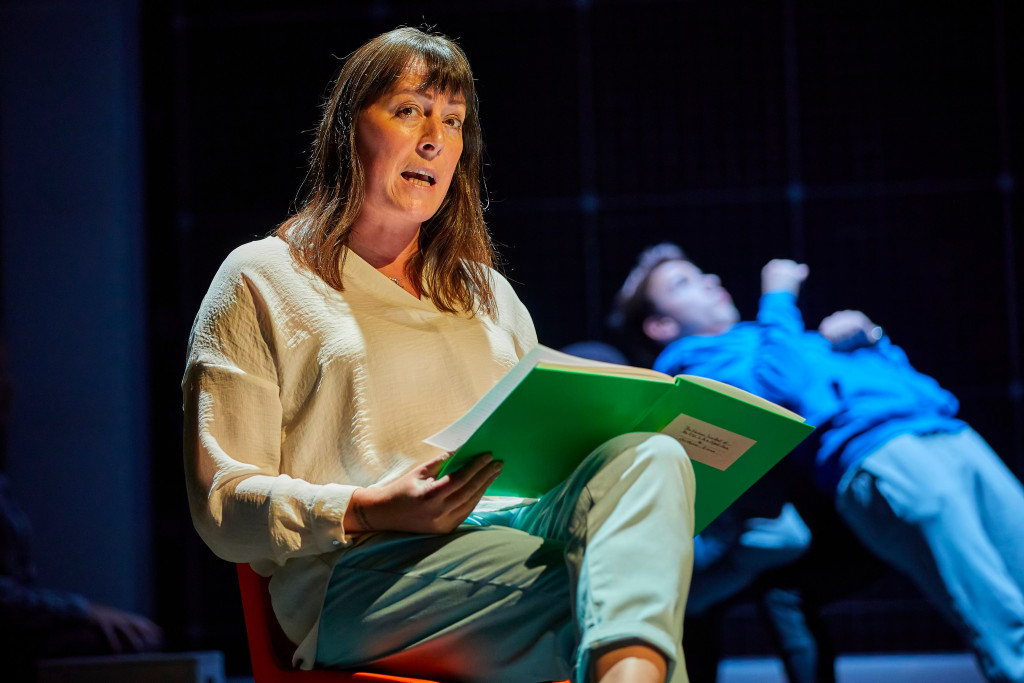 This had to be one of the best all round productions I have had the honour to see, every member of the cast on Tuesday night played their role superbly and received a very well deserved standing ovation.

The Curious Incident of the Dog in the Night-Time is showing at Nottingham Theatre Royal until Saturday 12 February 2022 – get your tickets here https://trch.co.uk/whats-on/the-curious-incident-2022/