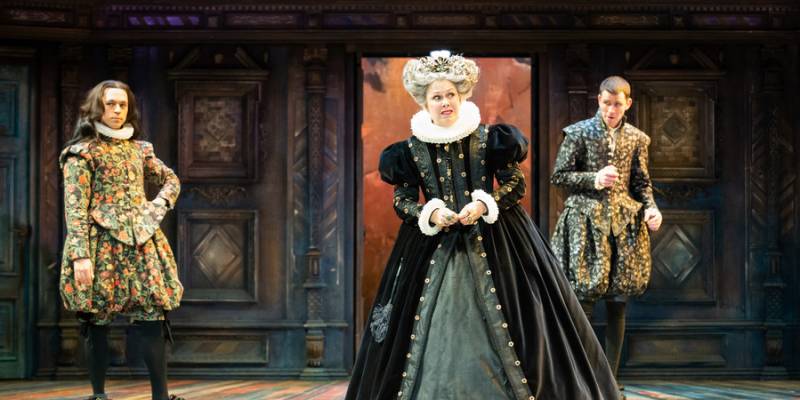 Having always had an interest in the wide range of Shakespearian works but having not studied this particular play, I very much looked forward to attending this performance played by the ‘Royal Shakespeare Company’ (RSC) at Nottingham’s beautiful Theatre Royal. A quick internet search beforehand enlightened me to the premise of the play, set, like so many others of Shakespeare’s, in Italy during the Elizabethan era.

A story of a male dominated culture in which marriages are arranged with families primarily to consolidate power and wealth and with little or no regard to love. The women in this time were expected to be obedient and subservient to their male masters. The ‘Shrew’, I learned, was the tag given to the disobedient, Katherine, whom, unlike her ‘more agreeable’ sister, Bianca, refuses to conform to the male ideologies of the time and thusly represents a problem for her father in marrying her off.

Straight away my initial thoughts were of appraisal at the progress society has made in the circa 400 since in relation to sexual equality. My thoughts then drifted to a potentially uncomfortable feeling at witnessing such defucnt and misogynistic social norms played out on stage. Happily this feeling was short lived as I read on to see that the gender roles in this performance were being flipped with the roles of the domineering male characters being performed by powerful females instead. 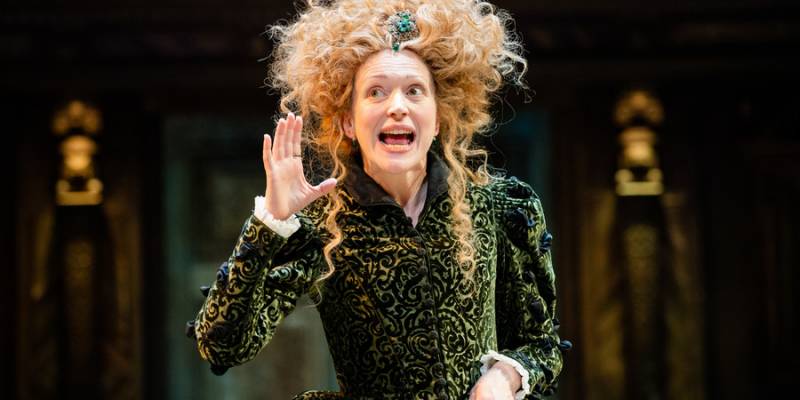 And so it played out on the night as we enjoyed watching the women dominating the scenes with their powerful voices and large costumes, wooing the men and leading the dances. The males playing the more demur in nature roles, averting their eyes in deference to the advances of the women, flicking their long, glossy hair over their shoulders. All of which I found extremely fascinating, not least for its comical value, but as it addressed the subject of power relationships between human beings and, through a contemporary set of eyes, allowed an appreciation from a different perspective.

The performances on stage were powerful and charming and laced with humour the likes of which I, personally, have never before witnessed watching a play. It struck me that all previous Shakespearian plays I’d seen had been tragedies and that this was truly a comedy in terms of its delivery if not in its old fashioned social norms. We the audience were veritably tickled-pink at the interactions of the characters on stage as they frequently broke the forth wall to interact with us. In fact, it was this fluid and consistent interaction with the audience which created a sort of performance collaboration between us.

At times we received as little as a glance or a smirk, perhaps joined with an overly dramatised “Ha-Ha”, which would erupt the audience into titters of amusement and frequent outbursts of loud laughter (I confess I was regularly in this latter camp). At other times the characters seemingly addressed the audience directly as if to beseech us for approval, conspire with us, appeal to us, or sometimes even make us the butt of a little joke. A theme, I now understand, which is synonymous with Shakespeare’s plays and a method which creates an energy between everyone in the theatre.

It entertained me greatly to say the least! On top of the fantastic, powerful and comical stage performances was the great costume and set design which really captured the essence of renaissance Italy with their beautifully flamboyant garbs. The cherry on the cake of this brilliantly produced work was the live performed jaunty music which sprung up to emphasise a comedic moment, commonly at the same moment as a cheeky glance to the audience resulting in audible amusement. Also, being able to see the musicians at the top of the stage in the shade, really highlighted the artistic brilliance of the whole production. Bravo ‘RSC’! Bravo.