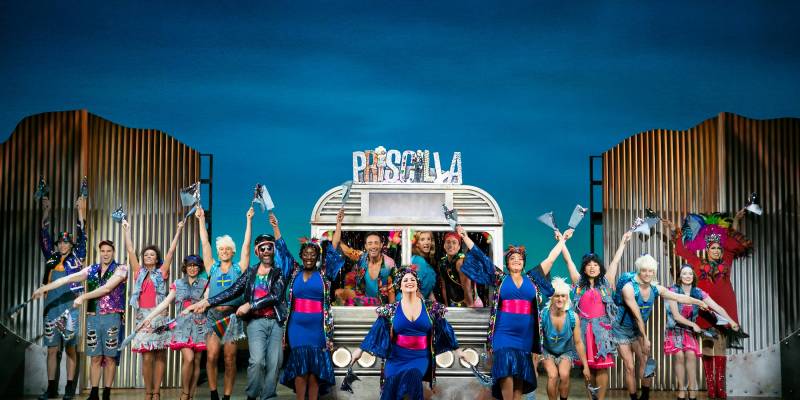 It’s been 25 years since Priscilla and her queens came out into the world proudly paving the path for things that would follow, and almost 20 years since the musical, Pricilla: Queen of the Desert hit the musical stage. And in that time I have been unlucky enough to have seen neither…until now.

It’s always a good sign when you’re able to shimmy to your seat and toe-tap as you wait for the curtain to lift. Plenty of people have found it strange, that I had yet to see this show, considering its notoriety and cult following, and having witnessed it’s flamboyance, hyperbole and damn right sass I am not surprised. This show should be prescribed for everyone!

An explosive rendition of It’s Raining Men catapults the cast onto the stage with vibrant colours and choreography setting the scene for what’s to come. 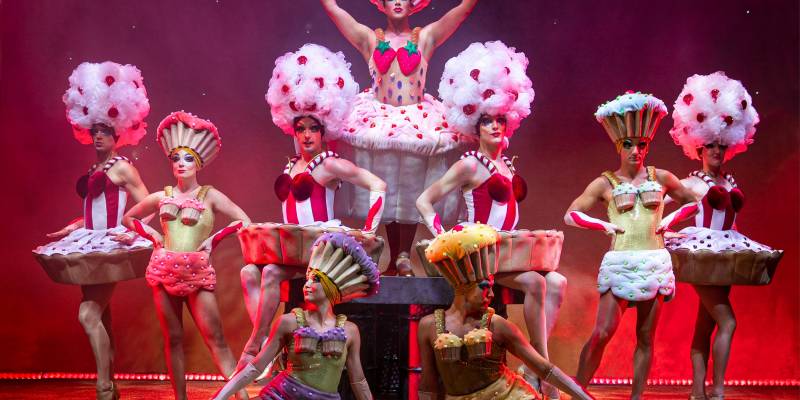 The hilarious plot is simple in its nature, telling the story of three drag artists (two gay men and one transexual woman) who bound across the Australian outback, from the bright lights and “safety” of Sydney, on a battered old bus called Priscilla to put on the show of a lifetime in Alice Springs. Their journey brings bumps in the road, breakdowns and plenty of boogies.

But this show isn’t just laughs and giggles and the audience were often reminded of the harsh realities behind their decisions. Uncomfortable scenes of homophobic threats, bar brawls and hate speech were enough to confront us with the discrimination and abuse faced by these characters we fall in love with.

At least once I was moved to tears. A reminder that these actors aren’t just hyperbolic drag queens but masters of their art.

The cast are impeccable. Of noteworthy mention are the vulgarly sassy and Kylie obsessed Felicia/Adam (played by the deliciously show stopping Nick Hayes) and reluctantly maternal transexual Bernadette (Miles Western) who, when they were not singing live, performed the traditional drag-art of the Lip Sync as their beautiful guardian “diva” angels, Rosie Glossop, Aiesha Pease and Claudia Kariuki provide the exceptional vocals.

Strictly Come Dancing winner Joe McFadden plays the lead of Tick/Mitzi and is the main reason the queens are off to perform in Alice Springs. He soon reveals to this friends that it’s because he “owes his wife a favour” and will perform at her casino as well as meet his son. *gasps*

Unfortunately for me, Joe struggled to keep up with the pace of the rest of the cast who have likely been doing showbusiness far longer than he had, and it showed. It was a strange casting choice to me.
There was an undeniable chemistry between all three though which shone through with renditions of “True colours” and “Belong”.

Choreography was smooth and synchronised, while the costume design deserves every single bit of applause it received. A particular shout out goes out to whoever helped Felicia make her mark on stage during her arrival number, “Venus” – cheeky!

Expect memorable and iconic numbers such as “Go West,” “Finally” and “Colour My World” to keep the mood uplifted even in more sombre moments

A wonderfully colourful show that you won’t regret seeing.