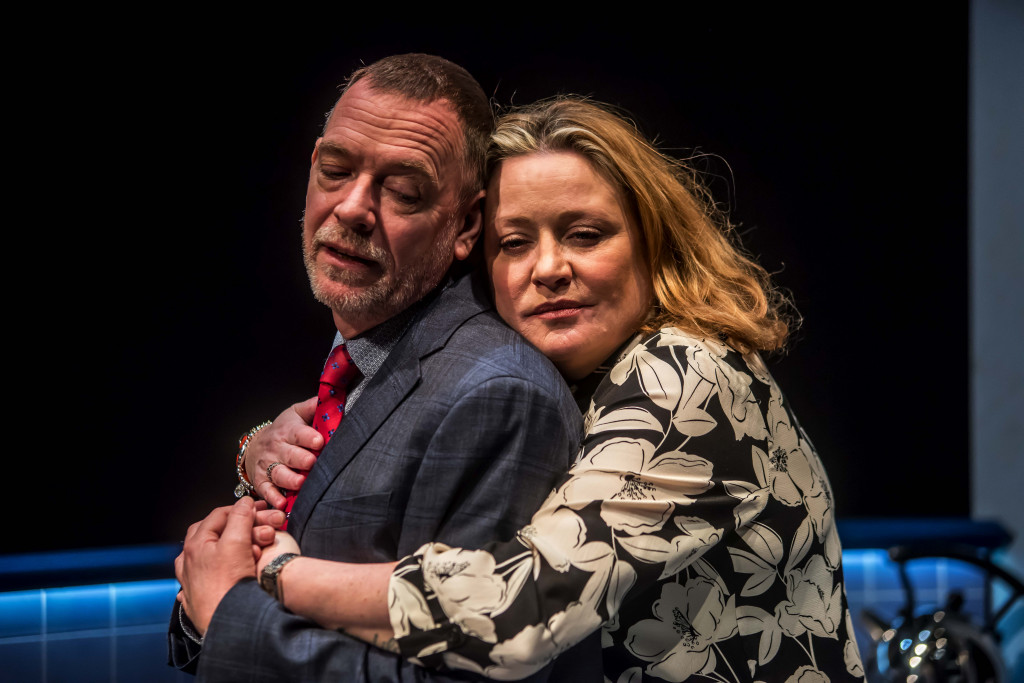 This week Nottingham Theatre Royal played host to the Peter James thriller, Looking Good Dead. I had high hopes for this show, the cast looked really interesting, Adam Woodyatt and Laurie Brett (aka Ian and Jane Beale from Eastenders) reunited as husband and wife on stage. Maybe because of these high hopes I was a bit surprised by the style of the play itself, in a word, cheesy.

First for the positive(s), the set was reminiscent of one that could be featured on EastEnders. It worked well with the second “location” being set behind the main scene, with a veil and lighting used to ensure audiences attention was drawn. The supporting actors were ok, they made the play for me, by bringing some mild relief from the quite honestly cringe worthy performances elsewhere.

It was so overacted; a bit more subtlety may have added to the drama, it was reminiscent of a bad daytime BBC show. Having not read the book I am not sure if the plot was meant to be so obvious or the dialogue so poor, but the obvious jokes went down well with the target audience, there was a scattering of titters… I possibly didn’t fit in that category. For example we were told the headphones were noise cancelling, so many times I felt like shouting ok we get it we are not 5 years old. Having said all that at the interval I still wanted to stay and find out what happened, from the empty seats in the second half not all of my fellow audience members felt this way!

The most annoying thing for me was, not the spoon fed storyline, but the fact that all of the main characters seemed to have all attended the school of over annunciation.

Comments from others at the end of the show included: “Storyline was terrible and predictable”, “To give them credit even actual actors wouldn’t have made it any better it was so bad” and “The whole thing was dreadful, the worst play I’ve seen in years.”

However, if you like Netflix’s satirical approach to a thriller in “The Woman in the House Across the Street from the Girl in the Window” and you take “Looking Good Dead” from that angle then it was actually comically enjoyable.