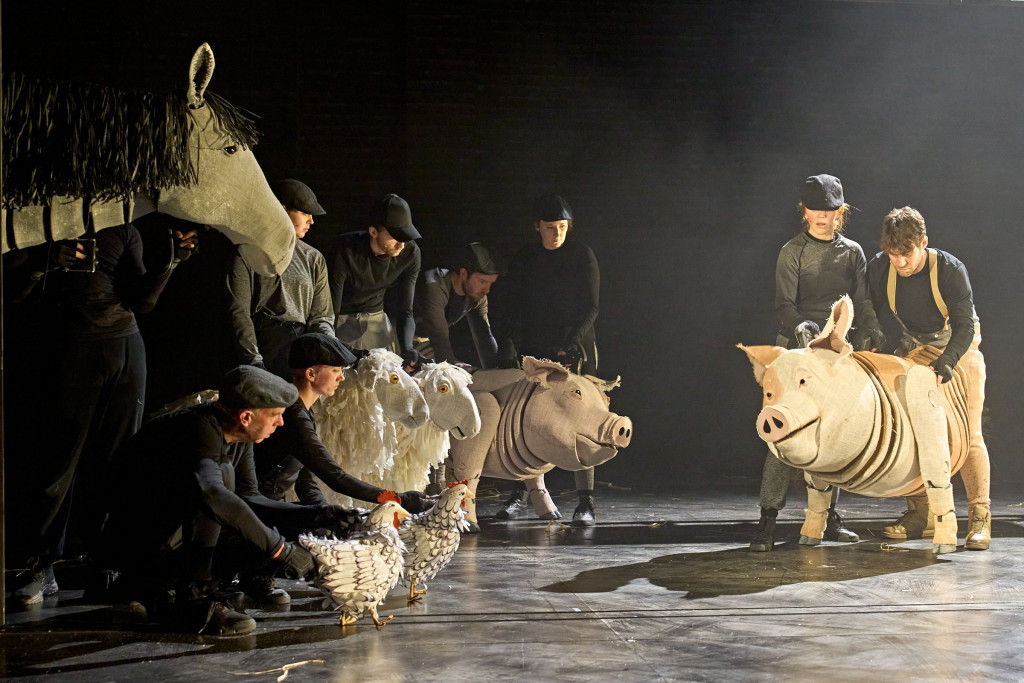 George Orwell’s ‘Animal Farm’ is a cultural classic. It’s still studied in schools today, I remember watching the cartoon film as a young child (along with Watership Down, probably something that was a bit lost on me at that age) and still being able to take something away from it, that the pigs were the bad guys.

To do this review without getting lost in a history lesson and the meaning of the book is something I’ve been worried about, because there are a lot of political references that still ring true to what is happening, even in this country, today. In a nutshell it tells the story of the Russian Revolution and the overthrow of Czar Nicholas II, and what happened in the years following.

Old Major, a respected pig on the farm, tells of a dream he had where he has not much time left and speaks of rising up against the humans (Karl Marx speaking of Communism). Snowball, the pig that leads the revolution (Trotsky) who is forced into exile by the brutish Napoleon (Stalin). Squealer, a pig who peddles Napoleon’s lies (media propaganda). Boxer, a big ol’ cart-horse who is loyal and works himself near to death almost unquestionably (the loyal Russians who believed what they were told, only to fall foul of the regime). Other groups are represented, who you can draw your own conclusions about, The Sheep, for example, who would repeat what they were told, and the pups raised by Napoleon who would, literally, hunt down and kill anyone that spoke out. 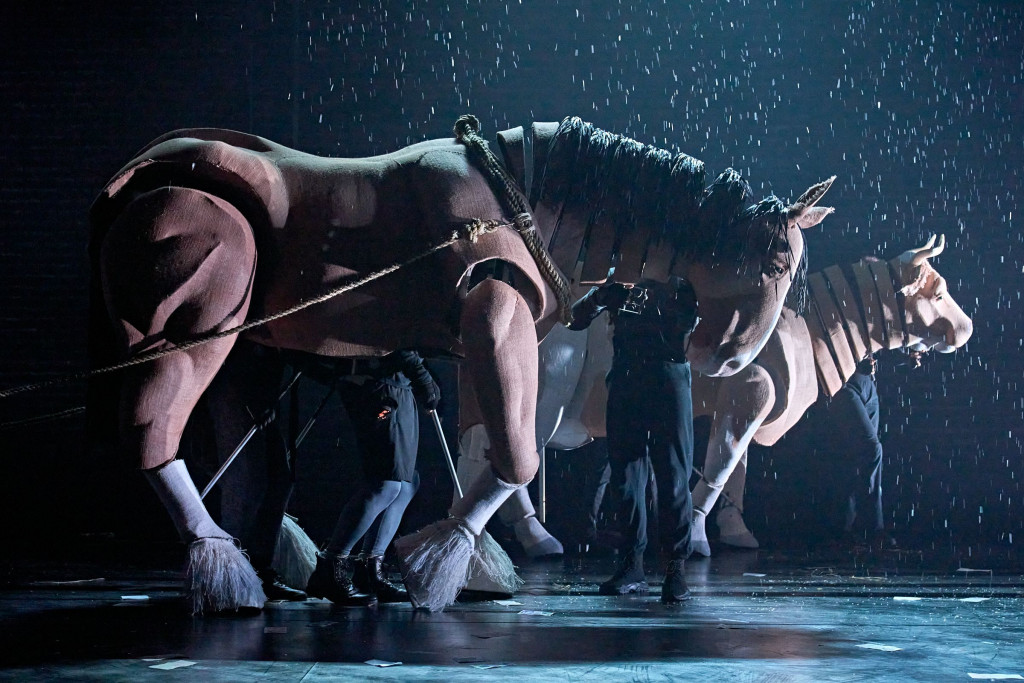 The performance is nearly all puppets, apart from the occasional actor as a human farmer, and they are incredible. You are drawn in to these eyes that feel almost like there is genuine life behind them. Boxer, the horse, is huge, and is quite the presence. The puppeteers controlling them would make animal noises, but there were also voice actors for each character. This is where I was intrigued, maybe it was my eyes, ears, and imagination getting the better of me, but the voices appeared to be coming from the exact spot the puppets were; and as much as I tried to see, I couldn’t see any sign of ventriloquism from the puppeteers.

The stage was well done, three big sliding doors at varying distances from each other to contrast the barn, the farm house, or just being in an open field. Smaller props, and smaller puppets to play out amazing chase scenes, and brilliant light effects at one point to show a landrover chasing down the animals.

There was no interval which I thought gave a brilliant sense of time passing, which it did with regular updates of *insert time period here* since the revolution. There was also solemn time stamps of the untimely passing of each animal, their age, and how.

This was a very good show, it had its humorous parts, but ultimately it’s a very hard hitting story which, as I said before, you can relate to modern situations.