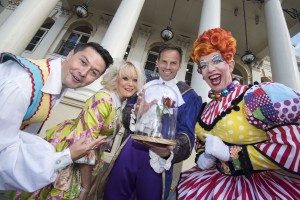 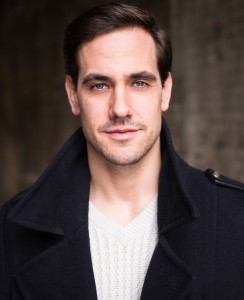 Danny Baynes trained at Italia Conti Academy Theatre of Arts. He was the overall winner of ITV’s Grease is the Word and went on to make his West End debut as Danny Zuko in the new London cast production of Grease at the Piccadilly Theatre, and performed to sell-out audiences for over two years. He went on to star in A Chorus Line, Hairspray and Saturday Night Fever in the West End, touring the UK and internationally for Royal Caribbean International. Danny stars as Trent, the vain and villainous ladies’ man with plans to marry the beautiful Belle. 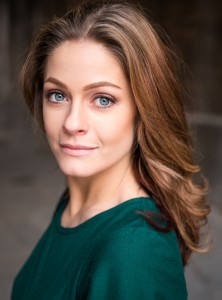 Naomi Slights, also a former Saturday Night Fever star who appeared alongside Danny in the leading role of Stephanie on the production’s UK tour and subsequent international productions, will play Belle. Naomi also starred in the UK tour of Priscilla Queen of the Desert, 20th Century Boy – The Musical andMamma Mia! in the West End. 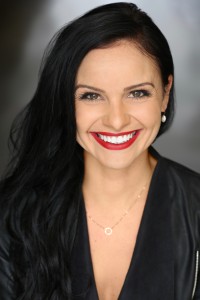 Natalie Spriggs joins them as the evil enchantress Deadly Nightshade, the sorceress who places a curse on the Beast’s castle and all its inhabitants. No stranger to playing the baddie, Natalie has previously worked for Disney as Ursula in The Little Mermaid and Cruella De Vil in 101 Dalmatians.  She has also toured the UK in productions of Girls Night, Rock Around the Clock, Spirit of the Dance andPuttin’ on the Ritz.

They will be joined by ensemble cast members Mason Boyce, Stephanie Chandos, Grace Cinque-White, Harrison Dowzall, Curtisha Kruythoff, Aislinn Oakley, Matt Pethers and Alfie Williams, plus teams of children from The Theatre Royal Babes. Pantomime dame Andrew Ryan will direct Beauty and the Beast with choreography by Christian Storm. It will be produced by Qdos Entertainment, the world’s biggest pantomime producer.

Beauty and the Beast’s Executive Producer Jonathan Kiley said: “We have assembled a sensational pantomime company for our spectacular Theatre Royal pantomime this year and we’re very much looking forward to a wonderful season in Nottingham once again. This year’s show will feature all the laughter and sensational song and dance audiences have come to expect and we’re also adding in some fantastic technical elements including a jaw-dropping 3D film sequence, the Beast’s magnificent transformation scene and some truly spellbinding special effects.”

Dreaming of a happier life, the beautiful Belle finds herself transported to a cursed castle.  Held captive by a hideous beast, the castle is full of magical characters placed under a spell by an evil enchantress. Can Belle see beyond the monster and fall in love with her captor before the last petal falls from the enchanted rose, or will the Beast’s selfishness cost him the world he once knew and the hand of the girl who has melted his heart? With tickets already selling fast, Nottingham’s audiences should book their tickets now for this year’s spellbinding pantomime.