The producers of a touring show, coming to the Albert Hall, Nottingham on Thursday November 15, are looking for a children’s choir to perform with the cast during the concert. The Ballads of Child Migration, featuring the 2 time Olivier Award winning actress and singer Barbara Dickson, tells the story of the 100,000 British children who were sent from their homes and families to live on the other side of the world during the early part of the last century. 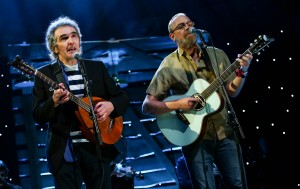 The choir, which should be of between 15 and 25 in number and between 8 and 15 years in age, would be required to rehearse the 2 songs, come to the Albert Hall during the late afternoon of November 15 to rehearse with the cast and then perform the 2 songs with the cast as part of the evening concert. If you are part of, or associated with a children’s choir and would like the opportunity to join the full cast of the show on 2 songs during the concert, including the grand finale, the producers would like to hear from you.

Send your details to Nikki Cannon at Nikki.cannon@7digital.com and the producers will contact you with more details.

This is what the author Michael Morpurgo has to say about the production: “This wonderful concert tells the story of child migration in words and music, tells it so well that anyone who hears it, will feel the pain and sorrow and fears such children lived through, but they will know of the hope too, and of their determination to survive.