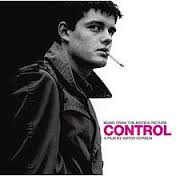 In the spirit of throwback Nottingham films it’s time to look at Control, Anton Corbijn’s biography of Ian Curtis and charts the rise of Joy Division. Filmed partly on location in Nottingham.
I had the good fortune to be cast as an extra in the film and actually made the final cut. Being a fan of the band and drawn like many to the tortured soul of one of the most enigmatic front men to emerge in the uk.
Corbijn’s film is far from the sex and drugs typical rock and roll biopic. It causes you to look again at the poetry of the songs as the film tries to place them into the context of what was going on in Ian Curtis’ troubled personal life.

In July 2006 filming started in Nottingham and me and fifty or so extras all met in dunelm mill car park in Radford and were lined up and inspected. Some of us were dressed in full joy division fandom with shirts and patches galore that the costume director informed us to remove as the scenes we are shooting are in the early days of joy division. After wardrobe we are taken to a pub on Radford road that has been given the 1970s treatment to look authentic. Me in my newly assigned tyedyed t shirt got grabbed with another three guys and told we are a band that are meeting Tony Wilson to get signed. We called ourself the bleachers and then proceeded to shit our pants for the next two hours not knowing what to expect.

We were sat down and given beer and cigerettes and Craig Parkinson who was playing Tony Wilson was very accomadating for four strangers looking lost. The scene began and Sam Riley (playing Curtis) came at the scene with an intensity that gave you butterflies. The scene was when Curtis wanted his band on television and Wilson was the man to do it. Slipping Wilson a note (that I probably can’t get away with saying) the band then started to make it big. I had read about this moment from varying versions and sources and it to me is a very important part of the Joy Division mythology. To be sat there watching it go on all around you while drinking kaliber larger with brown food colouring trying to remember on what dialogue queue I could take a pull on a cigerette made the whole situation surreal yet utterly fascinating.

Watching the film back the black and white used really does transform this current modern film to that of another time. Corbijn himself said the idea to show the film in black and white was to”reflect the atmosphere of Joy Division and the mood of the era” which I believe paid off extremely well. This also lends itself to Corbijn’s photography background which you see in every shot being framed and set with creative flair and artistic insight.

Nottingham people can enjoy spotting locations from around the city as Radford, the lace market and (I think) the meadows are all used.
You also have Nottingham’s own Samantha Morton playing Ian’s long suffering wife Debbie. She is hard to recognise at first, showing that chameleon like quality great actors have.

Although the films subject matter and tone is heavy going the story is a very human one so their are comedy moments and characters you really feel are rounded and real. There are great moments with the band together (they all played their own instruments and played live amazingly) and one of my favourite performances from Toby Kebbell as their manager Rob Gretton, he is just brilliant. A special mention to Sam Riley who really embodied the character of Ian Curtis. I remember when he walked out of his trailer that morning and sparked up a Marlborough red. He looked the part and that was when I knew this film would be something special.

I recommend to watch this film as it has so many things to latch onto and enjoy but more importantly, it makes you think long after the credits roll. Corbijn captures a glimpse into those lives that came together long ago and created lasting music where all around there was nothing. Ian Curtis was a reluctant cult figure that tried to be in control of his life and find solice in his words in an attempt to make some sense of it all. You see his choices and circumstances cause so much worry and panic- specially at the tender age of twenty three.

You may know the ending of the film before you watch it, there are other films that tell the tale and books that give their versions of events. This one is a labour of love, going to the source as best they could and Corbijn himself funding half the project himself. It may have some artistic licence taken and I’m sure those that were part of it have other versions of events but the spirit is definitely there and as Joy Division’s manager Tony Wilson (who signed their record contract in his own blood) said “in the choice between truth and legend, print the legend”.