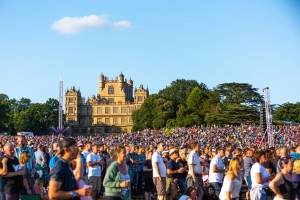 Early on it looked like it was going to be a damp and dirty one, but Splendour 2019 had it all, not just torrential rain and glorious sunshine but packed with stand-out sets from start to finish plus entertainment for the whole family.
This years festival at Wollaton Park was the biggest to date, with up to 30,000 revellers packing into the grounds.  The build up has been immense and it’s almost with a heavy heart that it’s now all over for another year. So lets take a look back at the Festival, the largest in this millennium… 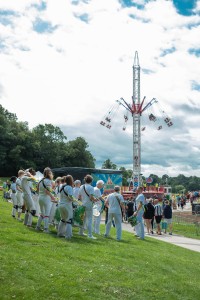 Gates to the party opened at 11.30 on Saturday, July 20, with many of the acts kicking off at 12.00. Walking through the famous Splendour archway, the first sounds were of a traditional steel band, my curious side had intended to kick of the festival by joining the yoga and mindfulness session on the fringe stage, but having worn a dress I realised I hadn’t really thought this through and they bent and stretched in the midday sunshine. 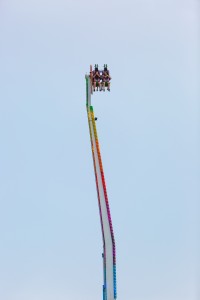 Children and adults alike enjoyed the fun fair attractions and younger attendees had a blast in the jam-packed Little Splendours area, where there were plenty of activities to keep them entertained. Others chose their spot for the day ahead, some on the hill with a picnic, the braver closer to the stage amongst the action. 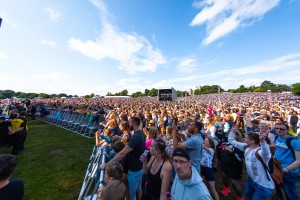 Starting proceedings on the main stage was the Future Sound of Nottingham opener Remy.  He didn’t let the rain showers dampen his moment.  As the heavens opened, so did the umbrellas as the crowd sheltered to continue enjoying the talented young musicians set, a deserving winner of the sought after spot., performing his own material and wowing the crowd with a cover of Gloria Gaynor’s I Will Survive. 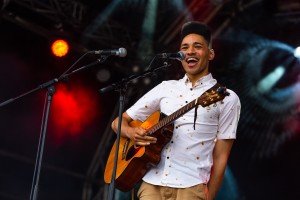 Next up was homegrown singer-songwriter Rob Green bringing with him the sunshine for a warmly received Main Stage set for the popular artist. I met Rob at the press call and I’ve got a say, what a genuinely nice guy he is. Having just returned from playing at Glastonbury, I hope Rob’s career continues to go from strength to strength. 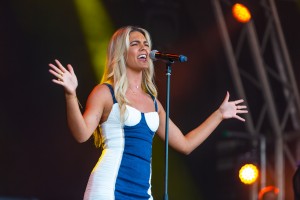 Singer-songwriter Barns Courtney got right into the heart of the action next with a bit of crowd surfing in his set. The Slow Readers Club were a popular choice with the main stage audience and former X Factor winner Louisa went down well with the crowd getting ready to party as the afternoon slipped into evening. 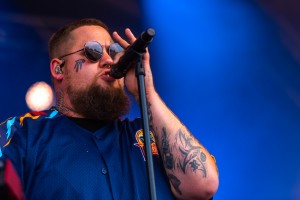 A highlight for many was the set delivered by Rag’N’Bone Man who drew one of the biggest crowds of the day to the Main Stage. Cutting a striking figure with his tattoos and jewellery, his vocal capabilities were equally impressive, his distinct baritone voice had the crowd singing along. He was later spotted in the photo pit enjoying the performance from All Saints, headlining over on the Confetti Stage. 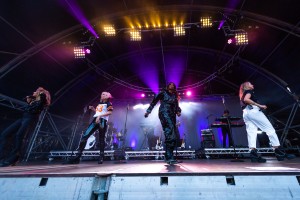 This was the second time I’ve seen All Saints live and again they didn’t disappoint. Delivering all the classics the audience were wanting, they looked and sounded fabulous. The all-female group’s harmonies were on song for numbers including ‘Under the Bridge’ and ‘Pure Shores’ and they even threw in some classic 90s dance moves to the delight of the crowd.

Earlier in the day, the Confetti Stage delivered some true festival highlights with Fine Young Cannibals singer Roland Gift belying the years with a stellar performance of his group’s back catalogue.

Northern Irish band Ash proved just as popular as when they last played the festival 10 years ago with a hit strewn set including the classic ‘Oh Yeah’, join in now…’it was the start of the summer’, and that’s exactly what it felt like. 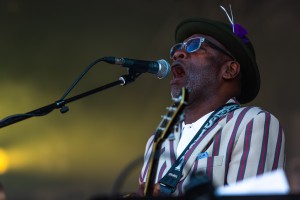 Festival favourites The Specials were in fine fettle, playing a set of classics along with songs from their latest album ‘Encore’ which hit the top of the charts earlier this year. With the stage dressed with placards bearing socially conscious messages, they remain as relevant today as they did when they formed back in 1977. 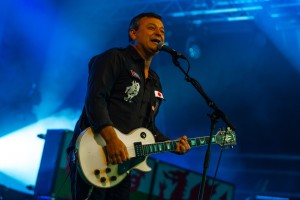 Manic Street Preachers started their 90 minute headlining set strewn with all their biggest hits with a statement of intent playing a blistering rendition of ‘Motorcycle Emptiness’ setting the tone for the remainder of the evening. A lovely tribute from Nicky Wire as he recalls his memories of playing a sweaty Rock City in 1994 with former band mate Richey Edwards before the band launches into the classic “You Love Us”
Edwards family continue to receive royalties from everything The Manics have ever done (even after his sad disappearance) which just shows the high esteem the “Welsh Rockers” rightly hold him in. 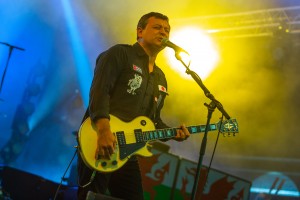 A fantastic cover of “Sweet Child O Mine” really gets the crowd on their feet before the band finally close their set with “A Design For Life”The set list spanned their multiple albums and included ‘Your Love Alone’, ‘If You Tolerate This Your Children Will be Next, and ‘A Design For Life’, showcasing why they’re still one of the most treasured British rock bands around. A welcome return to Nottingham after an absence of many years for the Welsh rockers.
Away from the main music stages, it was glittertastic over at the GEM silent disco and the acoustic line-up of Nottingham acts over on the Courtyard Stage pulled in a big crowd throughout the day.  There was even a proposal Love Actually style which our camera man Andy caught. 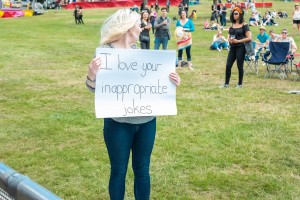 Special mention to Confetti Institute of Creative Technologies who had 100 students on site helping to set up, run and record each stage gaining valuable real life experience for future careers. 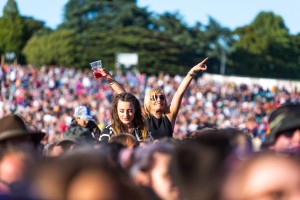 A total of 25,000 tickets were sold for the fastest-selling Splendour ever. Set in the lush grounds of Wollaton Hall and Deer Park, the festival hosted more than 40 acts across five stages. Spanning all musical genres, from fresh-faced talent to living legends, it was a hotly anticipated line-up that didn’t disappoint.

Delivered by DHP Family, in association with Nottingham City Council, the clean up operation was already well underway before the last stragglers left the festival after a memorable day.

George Akins, DHP Family owner, said: “It’s great to see months of hard work pay off with a day that has gone down so well with a fantastic festival crowd, with a line-up that really ticked all the boxes. We love putting on what has become the most epic summer party in the whole of the East Midlands and can’t wait to start working on next year.”

Plans for Splendour 2020 will be announced later in the year. To hear the latest, sign up to the Splendour newsletter here https://www.splendourfestival.com/