Splendour Festival aims to cater for everyone, offering a family friendly day out.  NottinghamLIVE’s JOSIE OPAL went along with her little one to find out if it really was a family affair. 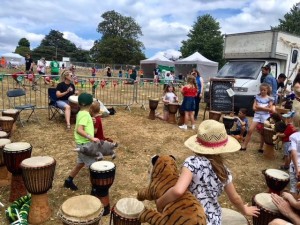 In the middle of the best heatwave known to man, well Englishmen anyway, Splendour celebrated its 10th birthday in style.

Compared to last years torrential downpours which led to some families, (mine), not enjoying it as much as they should’ve, this year there were no excuses for young and old alike not to have the best day ever.

As we entered under the beautiful banner we were treated with an awesome drum beat and the distant but stunning vocals of Nina Smith.

To our right, very easy to spot was the lost child meeting place who were handily giving out wristbands that you could write an emergency number in case the worst fear of all parents occurred, losing sight of your child in a crowd. 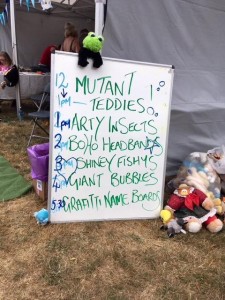 Through the courtyard, beyond St Johns Ambulance, was the Acoustic Rooms stage where we watched George Gadd.  This stage is ideal if you’ve got youngsters as it’s not too crowded and they can get right to the front to have a dance and experience a live band up close.

We then headed over to check out “Little Splendour”.  BeatFeet were running a great drumming session, timed to take place whilst the main stage was having a turnaround so you could hear what was going on. 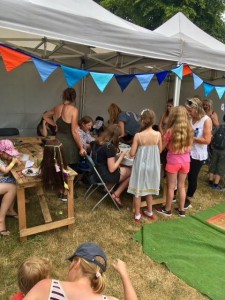 When the music returned, there was still plenty to keep the little ones entertained. We made funky festival headbands with feathers and beads. There was other arty stuff going on with playdough and colours. However we opted for making our own rafts which was great fun and was handily close to the homemade theatre which was rather interesting.  All for no extra cost.

Park lives was located next to Little Splendour and seemed to be keeping the bigger little ones occupied with some active games of tennis and hula hooping. 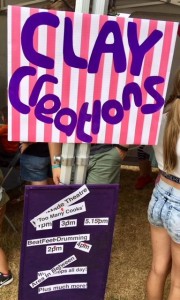 The facilities, aka toilets, were clean, however the “soap” provided stung my little ones hands so next time we used our own anti-bac, it’s a shame as last years wash points were much better.  However the drinking water taps were great especially in this weather and even more especially because a small bottle of water cost £3.

We were having a really lovely day when some really frigging unhelpful staff rudely and aggressively told me my buggy wasn’t allowed and made me turnaround. Normally this wouldnt have been an issue with me much even with the guys bad attitude but we had been caught up in the crowd moving from one stage to the next and he forced us to go against a swarm of crowd.  I must say I was nowhere near a stage at this point and was close to a kiddy stall selling bubbles etc so I tried to park up and wait it out but he glared and pointed at me to keep going. I was disgusted and sadly it ruined my whole experience, left me shaking and anxious so soon after had to leave. 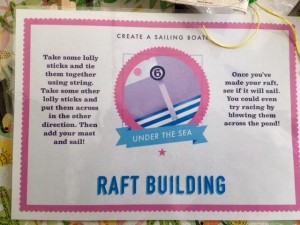 However you could see the organisers put a lot of effort in to making it family friendly and the atmosphere overall was welcoming and relaxed.