Priscilla is the drag queen wrestling MC for the upcoming event, Rock and Wrassle.   She was kind enough to give us an exclusive interview which was absolutely fabulous darling…

What’s the inspiration behind Priscilla?

I am England’s only drag queen wrestler, I’ve been wrestling now for 13 years.  Basically when I started out I didn’t fit in with the other boys, who were big tough musclular men, I was much to camp for that crowd, I thought it wasn’t for me.  Then I thought you know what, I am going to take a step away and jump out of the closet louder and prouder than ever as Priscilla Queen of the Ring and I am going to take them by storm.

So these days I waddle around in make up and glitz and glam and glitter and rhinestone and all sorts, have a bit of a flirt with the boys and a bit of bitch with the girls and have my own style, trying to re-write wrestling bit by bit.

Awesome, how did you get involved in Rock and Wrassle?

Well the promoter’s a good friend of mine.  I met Dan at a photo shoot about a year ago and I suppose he is a bit bored of the all the big muscular wrestlers standing there showing off their muscles.  Then I walked in dressed as I do, walking and talking the way I do and that was it we were best friends from that point onwards really.

So yeah he had the idea of Rock and Wrassle, again trying to re-write wrestling by giving people a complete wall to wall show.  Blow the competition out of the water and blow people away in general.  I guess he felt I fit in to that presentation; obviously there are a lot more girls in Rock and Wrassle than other shows.  So there is a lot more focus on the female wrestlers which is fantastic because there is so much talent in women’s wrestling in the country it’s so different as well. You know wrestling in itself is such a bizarre form of entertainment, but when you’ve got the girls in there it’s just something complete different.  They are so much more physical and aggressive than the men.

Do you prefer that?

I love all sorts of wrestling, but yes I definitely have a soft spot for the girls.  I suppose a lot of them feel they have to prove themselves quite a bit and that comes across with all the hair pulling and the biting and scratching.  I think you quite often have people sat there going ‘oh let’s see what this is like then’ and about 5 seconds after the bell has rung everyone is holding their mouths in shock saying ‘oh my god these girls are really going for it they are actually fighting each other’.  The guys will be a bit more slow a bit more technical they will do a bit more judo, mat based kind of stuff; whereas the girls will just go in there and fight each other.  I’ve always been a big fan and being Priscilla puts me in a good spot to introduce the girls one by one on the show, building up each match as I am going to be MC’ing on the night.   So I’ll be introducing the matches and welcoming people to the show, I love the limelight just give me a microphone ideally covered in rhinestones and I’m in my element!  I am going to be making sure everybody’s ready for a night of jaw dropping and heart stopping action. 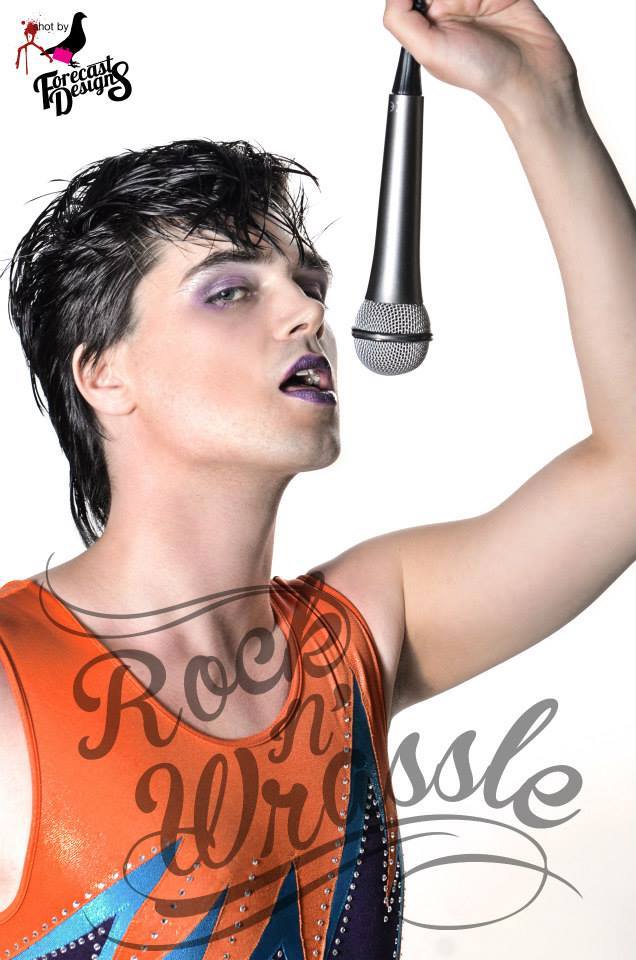 Brilliant, is there anything you think people need to know about your character?

Priscilla can be a quiet little lamb, a flirty little devil, or a complete pain in the arse depending on what my opponent is like.   I am going to be MC’ing for the night so obviously there isn’t going to be a whole lot in the way of wrestling for me but…if anyone decides to get themselves  out of hand I will be there to put them back in their place, they will be a bitch slap away from learning in their spot very very quickly and I’m sure they’ll know by the end of the night it’s not personal its drag!

Do you normally wrestle or MC?

I normally wrestle this is the second time I’ve MC’d a show and the first I’ve MC’d as Priscilla, so it’s going to be a bit different really.

I heard you got to the TNA boot camp…

Yeah I got to TNA bootcamp, I through the initial audition round but didn’t get past the second physical round which was a shame, I was very nervous on the day to be honest.  Looking back I am not upset for not getting though because I think perhaps the nerves did get the better of me on the day as it was in front of a lot of people I’ve been a big fan of for years, people that I’d looked up to my entire life.  It was a great chance to get myself known and got to meet some fantastic people, its also given me a lot of drive to get where I need to be in the future.  I was told on the day that if it was them they would just throw everything out there and ever since that audition I’ve been louder and prouder than I ever was and it’s been going really well.  They said to me don’t let this be the end of your journey, this is just one step on the long journey that is Priscilla’s career, it’s not ending any time soon for sure.

So how long have you been wrestling as a pro, I know you said you’ve been doing it 13 years…

I’ve been wrestling professionally for about 10 of those years, as Priscilla I’ve been wrestling for 5 years.  To be honest it’s only really taken off for me the last couple of years, it’s been quite a mission to get myself known.  Mainly because wrestling is so similar when it comes to the actual wrestlers they are just big guys who do the technical wrestling thing.  Which I do love doing myself but when you do something a bit different it’s a bit like ‘ooo I don’t know if this is going to work, I don’t what invest in this’ which is understandable but frustrating as well.  But these guys (Adam and Dan) are fantastic to give me this opportunity and its also an opportunity for the girls as well, we all need to get seen more.

It’s going to be the first time for me in Nottingham, appearing in front of a crowd in the area I’ve never done it before; I don’t think it’s anything Nottingham would have ever seen before, certainly something different.  People may have seen wrestling and have an idea of what wrestling is, people may have seen drag queens and have an idea of what drag is, but when you mix the two together its very very different.  For anyone that is intrigued but not too sure, wrestling is such a different form of entertainment it’s not how it looks like on tv, when you go to a live wrestling show it is probably the only opportunity you will have ever have to unload a load of abuse on complete strangers who will take it, give it back verbally and then you will see them physically get dropped on their heads, and you get to go ‘yeah I knew you were dickheads have some of that’.  It is the best way to get out that frustration, if you’ve been having a long week at work or if you’ve got your exams coming up and you are a bit stressed there is no better way to get rid of that stress than to get yourself horrendously drunk, sit in a wrestling show, listen to some fantastic music and watch some sexy burlesque acts and then get to unload a torrent of abuse on these people who are about to batter the life out of each other in front of your eyes.  Its live action show, you’ve got the acrobatics of the circus, you’ve got the theatrics of pantomime and you’ve got the danger of watching an action film all the way through its fantastic.  Whether you are a fan of martial arts or stunts or just things getting cracked over people’s heads and tables getting broken it’s got something for everyone.

So would you say its family friendly?

For some families! We do perform in front of loads of kids as well, that’s our normal audience really.  But this is a chance for us to really let our hair down and just go crazy in front of people a little bit older, that being said if there is any families that want to come along they will have a great time as its action start to finish, and it’s all different sorts of action and different kinds of entertainment all rolled into one evening.