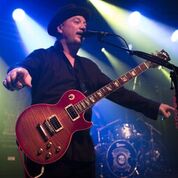 The Fun Lovin’ Criminals ooze smooth. They’re so cool that you’ll need an overcoat if you stand too close….
Well, they were about fifteen to twenty years ago. I kind of got the impression this has gone to Huey’s head a bit recently (unless he’s always been that way). I recently watched the hissy fit he had on Never Mind The Buzzcocks, I figured he was just having a bit of a bad day, but it turns out he might have a bit of an attitude. At one point in the show one of the band members started having a chat with the audience, but because he didn’t get the raucous response Huey thought he deserved, he told us all off. “Y’all be standing in the front row vaping, looking like you be sucking on a plastic di*k.” I wasn’t in the front row, but I do vape, so I took offence to this and just found it really unnecessary. His rapport with the audience seemed very put on (or maybe I just saw him in a negative light after his little outburst), the occasional mention of Forest, You Reds, and Notting-HAM. 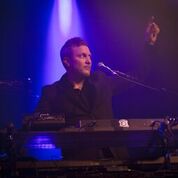 However, despite my little rant, I did actually enjoy the show.  As they weren’t promoting a new album the songs were all recognisable and sing-alongable to; Scooby Snacks, The Fun Lovin’ Criminal, Smoke ‘Em being some of the more well known ones. The delivery was great, too. Each song would have a little spoken intro, giving the back story of the song, Huey never stopping strumming the strings. And as I said before, if you’re familiar with their style, it was smooth.

They were well received by the crowd, and despite my little issue, I’m glad I got the opportunity to see them after being (albeit part time) a fan for the past twenty years. 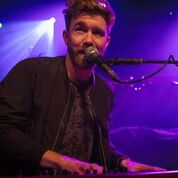 Also, it would be wrong of me to not give a shout out to the support band The Milk. A younger, more modern, version of Fun Lovin’ Criminals maybe? I’ll let you be the judge, but I’d definitely go see them again. I found them very polite.
Words Johnny Banks
Photos Andy Tattershall
@JohnnyBanks83