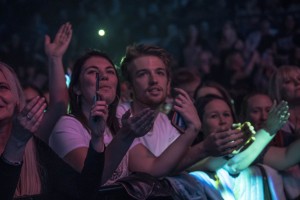 The 90’s returned to Nottingham when the Motorpoint Arena hosted Stepback 90’s.
The atmosphere was incredible, people were clearly up for a good night despite the midweek slot. Although the majority of the audience were 20-30s women there were also some extremely bored looking boyfriends there too. 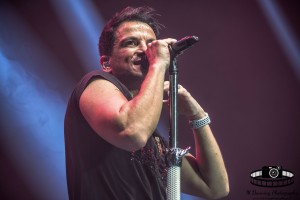 First up was Peter Andre, who announced he usually headlined the show but had requested to open, his set was quite long and included a wide range of songs, not all of which were his own. We were treated to Flava, Return of the Mac, Got it Going On, Turn it Up, Ice Ice Baby, Perfect night (a new one co-written with Guy Chambers) Finese, a reggae medley. Then when you thought you couldn’t cringe anymore at how he managed to milk it for all it’s worth with some magic mike style moves he pulled out Mysterious Girl. Had to give him his dues, he had lots of energy and made the most of the audience. 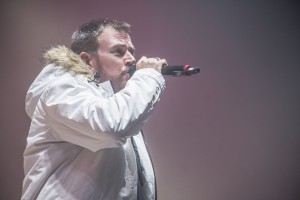 East 17 were up next opening with House of Love which really got the crowd going, not the original line up of course but the songs were recognisable at least! They did Deep and then tricked the audience by leaving Stay for the encore. 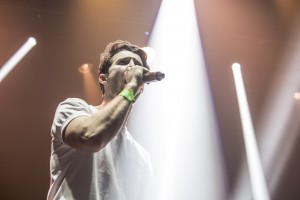 Blazin Squad followed next, who were surprisingly good, not the whole line up but the guy from love island was there, did you know he was in the squad? Don’t remember him mentioning it…. Anyway they did the “hits” Party jumping, Flip Reverse it and of course Crossroads, the only thing missing was a shout out to Kurrupt FM. 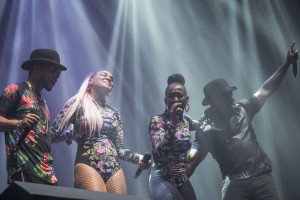 Big Brovas collaborated with Booty Love next, these may have been the least recognisable names on the lineup but their tracks certainly weren’t, with Big Bro, Favorite Things and Boogie Tonight going down a storm. 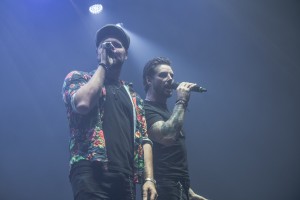 Then there was a comedy interval with BoysLife, those lads were feckin’ hilarious, Keith Duffy and Brian McFadden stole the show for me (until 5ive arrived at least) I was crying with laughter. Brian’s impression of Ronan was incredible! And their singing a mix of the two bands hits was grand too. 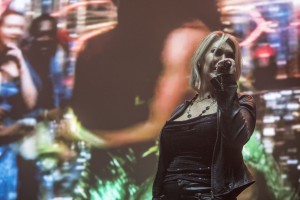 An overly dramatic entrance for S Club followed, who were shockingly disappointing, just Bradley, Tina and Jo now, they fell a bit flat despite doing all their hits, until Big Brovas and Booty Love joined them and brought the number back up to 7 for Reach. 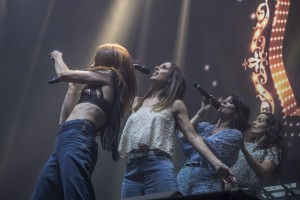 Bewitched had an equally dramatic entrance and also signers from the Deaf Active charity, I will resist any jokes regarding their fan base and their music… they did bring the 90’s feel with matching sparkly denim outfits and dance routines. 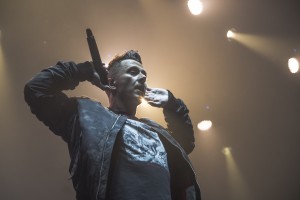 5ive (Thr33) were next, they were simply amazing, no silly dramatic entrance, just the three lads, Scott, Sean and Ritchie. They sang better than ever and did smooth dance routines with no cheese or cringe factor. We will rock you, you got a feeling, get on down, keep on moving were all received with enthusiasm from the audience. They were the best of the night by a mile. 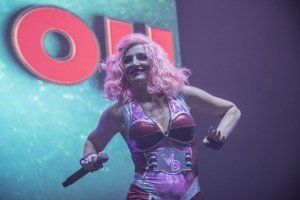 Closing the show were the Dutch megastars, the vengaboys who brought the party with Boom Boom, We Going to Ibiza, Shalalala, Up and Down (which they got the whole audience involved in shuffling left and right, impressive scenes) and and of course Vengabus which made the place go bonkers.
By Josie Opal
Photos by Martin Dunning