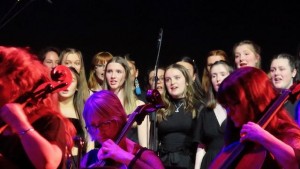 The sun had already set on International Women’s Day 2020 but it wasn’t quite over yet!

Nottingham’s Royal Concert Hall is filled with the sounds of the 50 piece Limelight Orchestra led by Conductor and Musical Director Paul Murphy for a night of iconic anthems from female superstars such as Diana Ross, Barbra Streisand, Kylie, Madonna, Beyoncé and many more. Proceeds from the show to be shared with Nottingham Women Centre.

As well as being hugely talented musicians, the Limelight Orchestra have an amazing group of singers who all share the duties throughout the evening. Kicking off the night is “Symphony” originally by British classical crossover band Clean Bandit featuring Swedish singer Zara Larrsson. 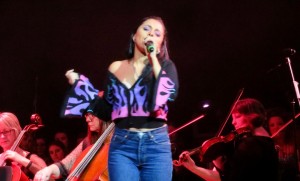 Hits by Jesse Glynn, Shirley Bassey and Mariah Carey also feature throughout the night which is hosted by Nottingham’s own Nina Smith and Kemet FM presenter Jackie P. Nina taking to the stage herself as she performs her beautiful song “Time”

A couple of young acts from Nina’s stable also performing are local singer/songwriters Betsey and Emily Makis. Both putting in a faultless performance, proving Nottingham has a lot to offer the future of music. 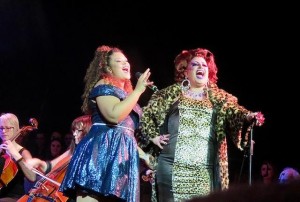 Local groups also feature. Women’s Voices Choir entertain us with their rendition of “This Is Me” from The Greatest Showman and Nottingham Girls High School Chamber Choir cover Adele’s Bond theme, Skyfall. Drag Queen Aunty Ginger injects some humour and also entertains with a bit of The Spice Girls.

My personal highlight was Dusty Springfield’s “I Close My Eyes And Count To Ten” A really strong vocal performance and a haunting piano intro that always raises the hairs on the back of my neck. 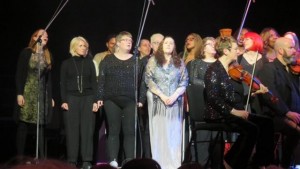 It shouldn’t be forgotten what a huge technical feat this is. I’ve never seen so many different instruments, singers, and groups on stage at the same time. The people in charge of the knobs and faders deserve a lot of credit.

Deborah Labbate from Star Connections told me she was “Delighted to be involved with The Limelight Orchestra’s Diva concert to celebrate International Women’s Day here in Nottingham. A fabulous evening and wonderful to catch up with many old friends and make new connections”

I wouldn’t hesitate if given the opportunity to see The Limelight Orchestra again. A fantastic evening of music that also delivered a powerful message.
As Police and Crime Commissioner stated at the beginning of the evening “Domestic and sexual crime against women needs to be tackled”

Review and photos by Richard Newbold