Earlier this month The Maze put on the first AMAZEMENT FESTIVAL for charity, with money made from the tickets split between Framework, NG7 Foodbank & the Lee Bonsall memorial fund. 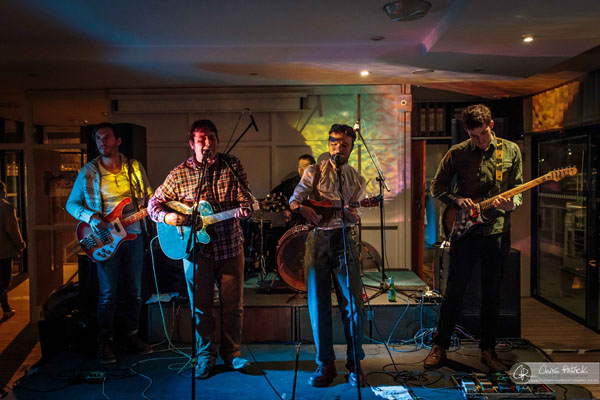 Sadly a mix of bad weather and a less than expected turn out effected the atmosphere on the Saturday, though the Acoustic stage was quite lively when the DJ’s got going, though it was all very minimal, especially the lighting.

The indoor DIY stage was a bit of a maze to find in itself; once you found it you could easily mistake it for a wedding function room; however 94 GUNSHIPS, the loved Nottingham super group, still managed to rock out with their lyrically challenged ditties such as Oh My Darling.

On the main stage THE AFTER DARK MOVEMENT  seemed to magic a decent crowd out of nowhere and got the place jumping despite struggling with the vocals due to a heavy one the night before.

There was drama with headliners Space – the less said the better, especially regarding the ensuing Facebook chatter – however BAMA LAMA SING SONG stepped up to main stage and saved the night. 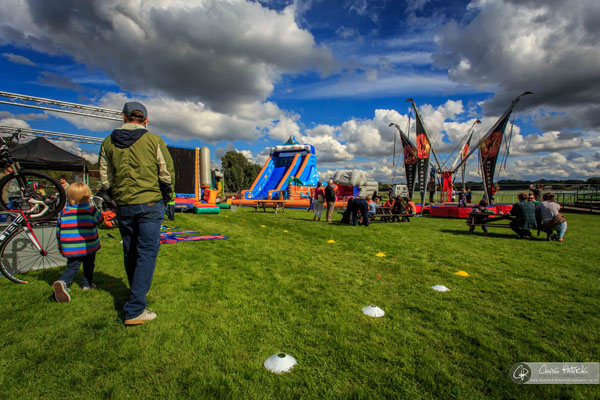 Sunday, lived up to its name, and was sunny which encouraged about double the amount of people to attend boosting the vibe greatly, although early in the afternoon it appeared that the children’s play area was the most popular place!

Once again some of the bands seemed to be suffering from the night before, like SEA MONSTER EYES, who although hung over gave it some welly.  However JAZZ MORELY was the ideal hangover cure on the main stage, a Dorset girl with a beautiful voice, think Eva Cassidy meets Alicia keys. Sadly she didn’t have a very big audience to play to, but those that were there really appreciated her talent; especially her haunting rendition of Feeling Good.

The most popular stage actually seemed to be the function room/DIY stage; perhaps it was because it was the warmest!! BRAD DEAR entertained the mostly seated audience with his campfire busker style, before SAM JONES did a rehearsal for his main performance later in the day; yes a double dose of the scrumptious Sam Jones! 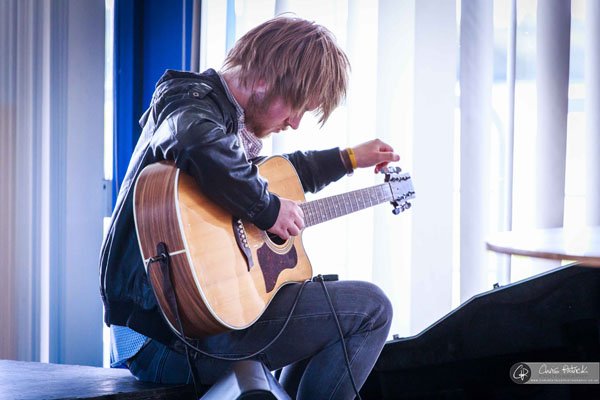 Back on the main stage, teenage girls would have been in for a treat (if they’d shown up) as Northern grunge rock band MONSTER JAW came on at about half 2 with classic songs such as their new release Get a Tattoo.  It was clear that the lead singer, Mik, was trying to rebel against his own baby face and failing badly, just resulting in looking like a topless Harry Styles after a heavy night who accidentally turned up for the wrong gig.

BEN HAYNES, on the acoustic stage near the main entrance, managed to draw a few away from the larger stages and also the warmer stages, with his lovely acoustic covers, which was also a sweet welcome to the people who were just arriving. 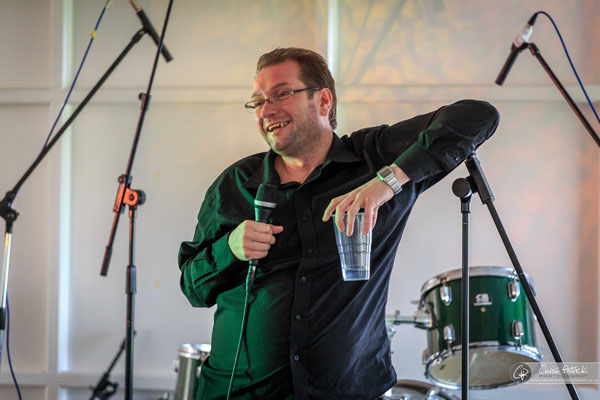 Spikey Mike’s ferocious flyering earlier in the day paid off and his Funhouse Comdey session in the DIY room was packed out for the likes of PETER BECKLEY, LOUIS CHARLESWORTH, WILL TUCKER, PATRICK DRAPER and JIM SMALL all warming up for the main man, GARY DELANY who entertained with his snappy one liners and cock jokes.

ROUGH NECK RIOT (RNR) a folk punk band, think Gogol Bordello but from Warrington, entertained the main stage during the afternoon, the sun was out and people were dancing, the crowd even demanded an encore but were sadly denied, not by the band mind, due to the schedule. 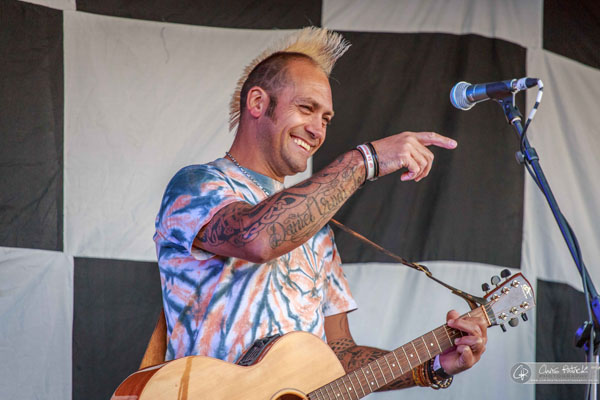 By this point a sign had gone up on the 2nd stage stating “we advise you wear earplugs” which was especially apt for GREAT BRITISH WEATHER, who could be caught whilst waiting for the awesome local band who smashed it at Boomtown last year, BREADCHASERS, to appear on the main stage.  They were worth the wait, in fact it was a great afternoon line up that drew a crowd, RNR, followed by The Breadchasers and then FEROCIOUS DOG (FD), who were on late due to the mystery of the missing fiddler and sadly had to cut their set short.

Despite this The FD contingent was out in full force, singing their songs back to them and got a decent little mosh pit going.  The crowd then had a mass exodus to the 2nd stage after FD to see LONG DEAD SIGNAL, who seemed slightly surprised at the sudden influx but had great crowd interaction and got everyone moving, although the room was too small to contain their epic sound, which was better heard outside! 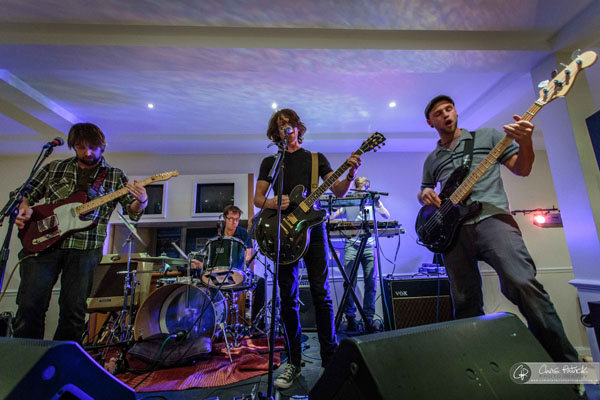 That was one issue, I am not sure whether the location of Colwick Racecourse really lends itself to a festival, it felt quite dispersed, which could also be down to the disappointing lack of people, there was also a lack of lighting and of course a lack of Space!

On a positive note there was great music and plenty of bars dotted about the place, and those that were there had a great time supporting a local event, local bands and, of course, local charities.