This Sunday will, once again, see Hockley overtaken by the carnival atmosphere with the return of the Hockley Hustle the annual music and entertainment extravaganza.

Initially launched in 2006, and relaunched in 2014 following a three year break, the Hustle has become one of the biggest events on the Nottingham music scene as it takes over dozens of venues across the city’s prestigious Hockley area (and, this year, even stretching a bit outside) and showcasing hundreds of fantastic performers from all corners of the Nottingham (and beyond) music scene. This year is set to be no different with around 300 acts playing across thirty venues ranging from the likes of The Angel and Jamcafe through to places such a the National Videogame Arcade and Edins Kitchen.

Even the Spiegeltent is getting in on the action this year….despite not actually being in Hockley. The tent, which is currently homed in the Market Square, will be hosting a performance from the acclaimed Hackney Colliery Band as well as sets from Sheku Kanneh-Mason and Nina Smith.

This year will also see the massively revamped and rejuvenated Sneinton Market also join the fun and they’ll be live music, dj sets, food, drink and all sorts of fun creative stuff going on there throughout the day.

Also new this year is Young Hustlers a brand new addition to the day that is targeted at Under 17’s turning this year’s festival into a truly family affair. Running from 12pm until 7pm the Young Hustlers festival will take place at several venues including Nottingham Contemporary – where you can enjoy the family friendly Big Fish, Little Fish Rave and The Robin Hood Youth Orchestra.

At the National Videogame Arcade there will be a host of activities and workshops to take part in including Young Hustlers Poetry Writing, The Family Word Jam and Open Mic as well as a Poetry Workshop with Ben Norris, DJ workshops with Mr Switch and Songwriting with Rob Green, plus live music from everybody’s favourite children’s band Johnny & The Raindrops.

There are also events and activities at both City Arts and Cobden Chambers for the Young Hustlers to enjoy – including a Giant Jenga!

On to the main Hockley Hustle festival and it’s nigh on impossible for us to do the event full justice in this preview such is the scope of the thing, but still let’s do our best.

Many of the usual venues are, once again involved, including The Angel, where I’m Not From London are putting on two floors of music featuring the likes of Bone Cult, I AM LONO, Seas of Mirth, Diablo Furs, Hollywood, Chambers and Revenge of Calculon. Plus they have Dom Gourlay (Drowned in Sound) and DJ Russell Fenby on DJ duty – upstairs and downstairs respectively.

The Bodega will also have two stages, with Confetti Live bringing you a selection of their past and current pupils, including Josh Wheatley, The Chase, Keto and the wonderful Harleighblu upstairs, while downstairs Acoustic Rooms make a, temporary, move from their usual home – fellow DHP Family venue Rescue Rooms – to bring you the likes of Mollie Ralph, Ryan Farmer and Young Monarch. 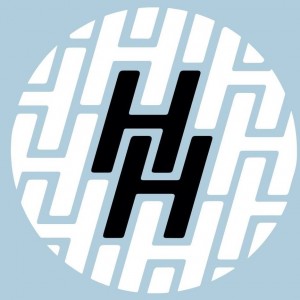 If there is something going on in Hockley then you can be pretty sure that Jamcafe will be a part of it and so it is Phlexx will be present an eclectic mix throughout the day from poets sucj as Another Poet, Martin Grey and Birdie Squires, through to acoustic sounds from the likes of Stacey McMullen and Jasmin Isaaka and on to the likes of Whisky Stains, 8MM Orchestra and Twin Kidd.

As they are want to do LeftLion are once again taking over Broadway and it’s here you’ll be able to hear the likes of Galley 47, 94 Gunships and Ronika in a rare hometown gig, plus as an added treat the incomparable The Invisible Orchestra will be performing in Screen 2.

Dean Jackson and the BBC Introducing team have long been supporters of the festival and each year put on some of their favourite upcoming acts from the area, this year they’re doing it again and are based at Revolution. George Gadd, Cherry Hex and The Dream Church, Super Furniture and NottinghamLIVE favourite Rob.Green are all a part of the wonderful line up there.

Rough Trade are also once again a part of proceedings and will be bringing you the likes of Unknown Era, The Shrives and Babe Punch from their stage while my former Nottingham LIVE Radio Show co-host Steve Oliver is based down at Bunkers Hill with the Sunday Alternative stage which will see Luxury Stranger, Blue Vulture, Lois and DH Lawrence & The Vaudeville Skiffle Show take to the stage among a great, alternative line up.

This is just the tip of the iceberg with so much more taking place across Hockley including Jazz at Das Kino, a Wordjam at Edins Kitchen, an Open Jam at Emmanuel House, courtesy of We Shall Overcome who also have a stage at The Lord Roberts and much more, including the SIXTY PIECE UFO Orchestra who will be joined by Hockley Hustle favourites such as Liam Bailey, Natalie Duncan, Tiger and the Hockley Hustle Choir.

With so much going on it would take just too long to cover it all but hopefully, simply from the snippet covered here, you can see just what a fantastic event this is shaping up to be and, let us not forget that the Hockley Hustle is also about raising money for good causes with the festival this year raising funds for Framework, Nottingham & Nottinghamshire Refugee Forum and Rethink Mental Health – all fantastic causes.

Hockley is, without doubt, going to be the place to be this Sunday and with tickets just £15 it’s a real bargain. You can get your tickets here or pick them up from Rough Trade, Broadway Cinema of Jamcafe. Tickets will also be available from the wristband exchange on the day (unless they’ve all sold out of course).

For more information, including the full line-up, set times and a map of venues, head over to the official Hockley Hustle website.

If you’d like to know more about Young Hustlers then be sure to check out their website.