I think it’s fair to say that, so far, this has been quite the summer, I, for one, cannot remember having such a sustained period of not just warm, but hot weather in this country, and, despite the odd shower (I’m writing this on a night when we’ve actually had a bit of rain) it looks like the heat is here to stay – for the near future at least.

So what better way to enjoy this wonderful weather than by heading along to the areas best family festival Gloworm which is back this weekend – though it has a brand new home, moving to Thoresby Park in Newark after two years at Clumber Park. Once again Gloworm will be offering a fantastic collection of kids and adults entertainment meaning that there is something to enjoy no matter what age you are.

Young kids will delight in meeting their favourites such as the PJ Masks who, having no doubt spent the night “saving the day” will be heading along to the festival to say high, while Chase, Rubble, Sky and co will be on hand as the Paw Patrol roll into town. Andy Day, a Gloworm regular, brings his Oddsocks to the festival and you can enjoy art fun with Mr Maker. 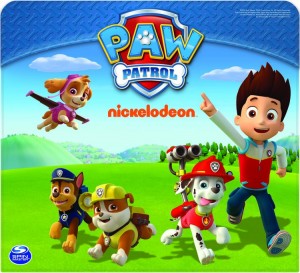 Paw Patrol are ready to roll – into Gloworm

Nottingham band Johnny & The Raindrops will be making an appearance and I highly recommend you check out their brilliant rock songs for kids, meanwhile for those of you around my age who are heading down with your kids the highlight may well be former breakfast tv favourite Timmy Mallet – a Saturday morning mainstay for those of us who grew up in the 80’s. 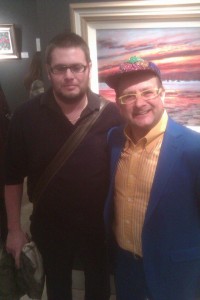 The Beach will feature a mermaid, disco and various craft activities while there will also be a circus and fairground rides and the Village Green featuring and acoustic stage, handmade theatre, workshops and more

As you can see there is plenty to enjoy for all the family, young and old, and with the weather set to be hot hot hot we reckon Gloworm is the place to be next weekend.

If you don’t have tickets yet then I’m afraid you’re gonna miss out on Saturday which has totally sold out, however there are some tickets left for Sunday – though they’re going fast.

Head over to the official Gloworm website for more information.

On a final note I thought it would be remiss to not at least mention the passing of children’s television legend Barry Chuckle last weekend. Barry, along with his brother Paul, spent decades entertaining children, most famously via their show ChuckleVision and just last year made an appearance at Gloworm. Many of us, young and old, have enjoyed the slapstick antics of the Chuckle Brothers – including an appearance in the panto at Nottingham Theatre Royal just a few years ago – and it’s safe to say Barry Chuckle will be much missed.