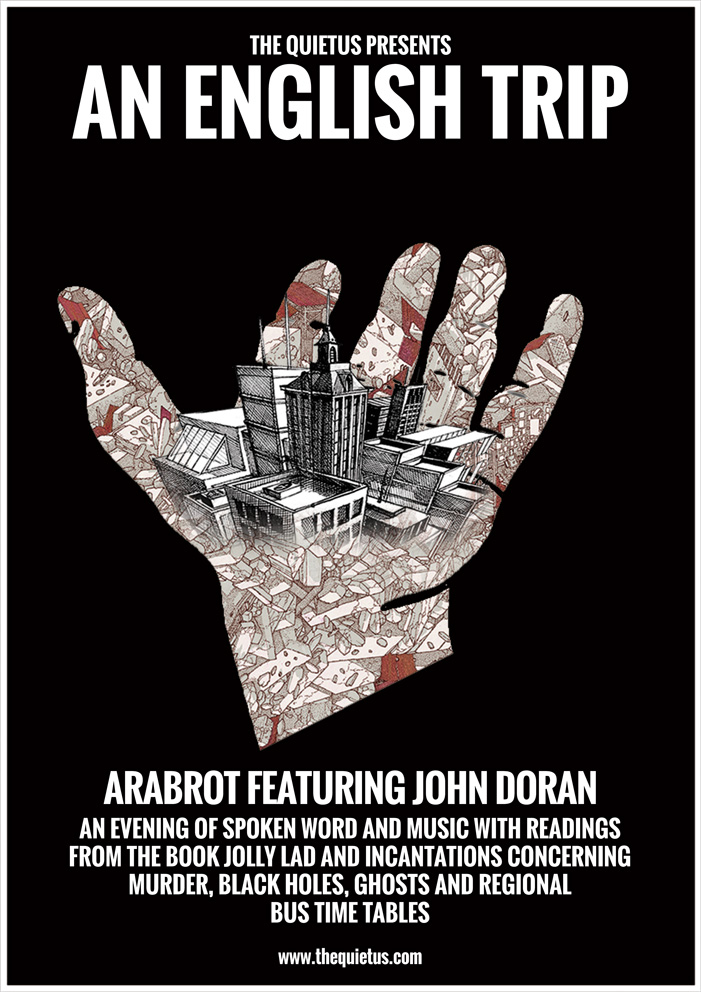 John Doran is the editor of music and culture website the Quietus, he also writes for VICE/the Guardian and is an occasional broadcaster for the BBC/Noisey. This June his book called Jolly Lad is coming out.

The book is a memoir about the recovery from alcoholism, substance abuse and mental illness and deals with other issues such as class, fatherhood and music. The book comes with a free CD of music featuring input from members of Manic Street Preachers, British Sea Power, Factory Floor and many others.

To celebrate the publication of the book he is going on a 31 date reading tour called An English Trip, with it hitting Broadway Cinema Tuesday evening 12 May (http://thequietus.com/articles/17544-jolly-lad-extract-an-english-trip-tour-john-doran) John teaming up with other writers, poets, film makers, musicians and DJs over the course of a month and putting on nights in prisons, churches, libraries, record shops, book stores, village halls, warehouses and cinemas and his musical support on every night of the tour is Kjetil Nernes aka Arabrot, the Norwegian noise rock musician.

There will be a screening of three of the short Quietus At Leisure films with Steve Ignorant of Crass talking about being a lifeboatman, Cosi Fanni Tutti of Throbbing Gristle talking about her passion for gardening and Stephen Morris of Joy Division/New Order talking about collecting military vehicles.

As well as screening a film, Sprial Arms, that she made especially for the project, Nik Void of Factory Floor will be joining Kjetil Nernes of Arabrot in providing music while John reads from Jolly Lad and perform various incantations and rituals concerning black holes, ghosts and Nottingham’s bus timetables.