It’s hear, this Wednesday we celebrate ONE YEAR of the NottinghamLIVE Radio Show, that’s right, it’s a whole year since Darren and Steve took over the reigns of the old Notts Live Show – and what a year it has been.

Being such a special show we’ve decided to celebrate in style and so we have two live guests for you to enjoy this week. 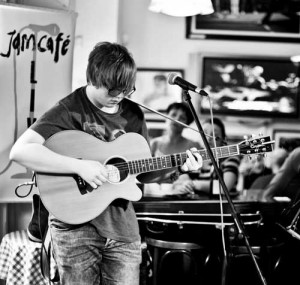 Josh Wheatley is one of the musicians of the moment in Nottingham, appearing on most peoples Ones to Watch lists, Josh is making his second appearance on the show having wowed us early last year. Josh will be joining us just one day before the Launch Night for his brand new EP – which is available now.

Also joining us will be indie trio Albion, these guys were to have been the very first band to perform on the NottinghamLIVE Radio Show a year ago – back when they were known as Union, however technical problems meant that didn’t happen, therefore it seemed only right to invite them in for the birthday show when they’ll finally, fingers crossed, get the chance to perform on the show.

That’s not all though we have invited a host of other guests onto the show, including Notts Live founder, and now lead singer of Blue Vulture, Bainy Bain.

We’re also hoping to be joined by the awesome Bongo Bongo will be joining us again, making it their THIRD appearance on the show – a feat only bettered by former monthly guest host Mike Atkinson.

As ever we’ll have Looking Ahead in which Cassia will tell us her top gigs from the week ahead, and there will be plenty of fantastic Nottingham music.

So tune in Wednesday for the NottinghamLIVE Birthday Special – and don’t forget to send us your birthday messages.