So after last weeks show which saw TWO live sessions, a phone chat with the wonderful Harleighblu and a live interview with two of the Organisers of Oxjam things are a bit more relaxed this week with just the one guest lined up. 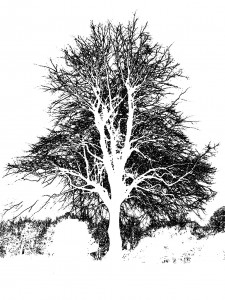 Still that’s perfectly fine because we have lined up a great guest for you in the form of acoustic alternative trio WINTERHOUSE.

Featuring former members of Model Morning, Himalayas/Grace and Six by Seven/Julian Cope band these guys have plenty of experience behind them and we’re looking forward to their blend of melodies and acoustic guitar – plus the occasional glock – when they join us in the studio on Wednesday.

Add to that we’ll also have all the latest gig news with LOOKING AHEAD from Cassia Helme, who will also be telling us all about the Natalie Duncan gig she caught last Saturday, plus we’ll have a round up of the goings on at the Oxjam Beeston Takeover, which raised a staggering £10,000 for charity.

Add to that fantastic music and there is every reason to make sure you tune in this Wednesday, 7-10pm only on Trent Sound.