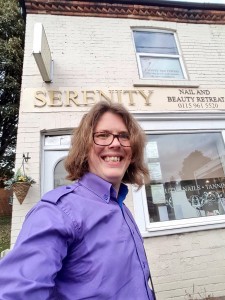 It was a case of Muffin’s Impossible for the staff of Carlton’s premier beauty salon, The Serenity Retreat last Friday 23rd September, as they took part in The World’s Biggest Coffee Morning. Macmillan’s biggest fundraising event for people facing cancer.
The luxury salon joined people all over the country by putting the kettle on and baking for the World’s Biggest Coffee Morning, inviting clients, friends and family round for a cuppa, cake and a chat. 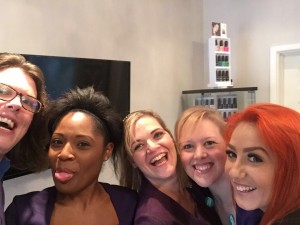 Salon owner, Shannelle said “After the success of our Coffee morning last year, Serenity Retreat were proud to be taking part again this year. It was a great opportunity to welcome everyone to the salon. The sense of achievement once it is over and you have a count up to see what you have raised for Macmillan is amazing“ 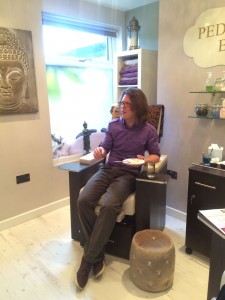 The event took place at the Salon with complimentary coffee kindly donated by Nottingham Roasters 200 Degrees, A raffle was held with a chance to win three fabulous prizes.  The Serenity team also took part in their own Bake Off.  Local star of The Great British Bake Off, Nottingham Post columnist and BBC Radio Nottingham regular, Jordan Cox  helped out with the envious task of tasting the bakes and revealing the Star Baker, with all efforts going to the charity cake sale. 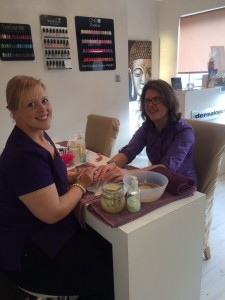 Macmillan ask people all over the UK to host their own Coffee Mornings and donations on the day are made to make sure that no one faces cancer alone.  Last year alone they raised £25 million and this year they are aiming to raise even more.
The first ever Coffee Morning happened way back in 1990. A small affair with a simple idea: guests would gather over coffee and donate the cost of their cuppa to Macmillan in the process. It was so effective, they did it again the next year – only this time nationally. Since then, Coffee Morning has raised over £138 million for Macmillan.
By Tanya Raybould
Editor
@tanyalouiseray