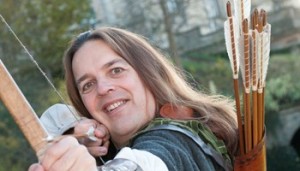 We all know that Nottingham is a town bustling with culture and creativity and that’s celebrated in a huge array of events and festivals throughout the year, including Pride, The Great Notts Show, Riverside Festival, The Waterfront Festival and much, much more, however one month, more than any other, really showcases this great city.

That’s right, a month traditionally associated with the end of autumn and, of course, Halloween, is festival month in Nottingham, in fact there is so much going on that a website, October in Nottingham, has been launched so that you can keep a track of what’s happening.

But just what is happening in October, well we took a look at the site to find out… 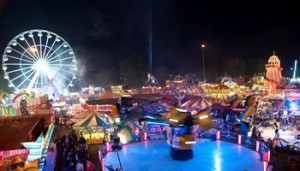 Anyone who has spent even a few weeks in Nottingham will be familiar with Goose Fair, running from 5-9 of October at the Forest Recreation Ground. The UK’s oldest travelling fair, dating back over 700 years and one of the largest funfairs in the country Goose Fair offers fun for all the family with rides, attractions, hook-a-duck stalls and much much more you’ll all have a great time. Plus thanks to the Tram it’s a doddle to get to from the city centre. 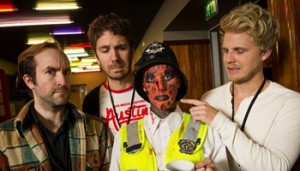 Mayhem Film Festival brings some of the best genre cinema to Nottingham’s iconic Broadway Cinema from 13-16 October. Bringing sci-fi, horror and cult films and shorts to the city and featuring guest filmmakers, premiers and Q&A’s this is a must attend event for the film aficionado. Check our latest update on the festival here. 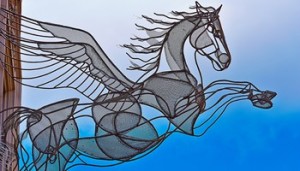 Nottingham is a huge cosmopolitan city, rightly feted as one of the UK’s best shopping destinations, and attracts some of the biggest names in the retail world, however it’s also home to a vibrant and exciting independent retail scene, one which it proudly celebrates. On October 1st it’ll be doing just that with the Independents Festival a free event featuring music, comedy and family entertainment across the city. 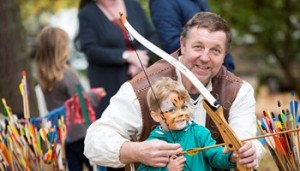 Ask anybody to name one thing about which Nottingham is famous and odds are, the odd football fan aside, you’ll get the immediate answer of Robin Hood. Long has the city been accused of not doing enough to celebrate it’s most famous (mythical) son, and that’s a fair criticism, though the annual Robin Hood Pageant does mean that the green tight wearing, archery legend and his gang do get their time in the spotlight. Taking place over the final weekend of the month at Nottingham Castle. As ever there will be jousting, archery, reenactments, medieval stalls and a chance to meet Robin and his team on what is always a great day for the family. On top of that October 29 has been named Robin Hood Day meaning that as well as the pageant there will be a host of Robin Hood themed crafts and activities in the Market Square. Plus there is a chance to participate in the Sheriff’s Gauntlet, a one day challenge during which people can put themselves through a trials of skill and ingenuity, as did generations of peasants before them, in a bid to win favour from the Sheriff. 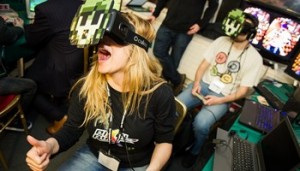 Gamers will descend on Nottingham from 26-29 October for the annual GameCity festival. Now in its eleventh year the festival has become one of the biggest and best in the gaming world. Taking over numerous venues and locations across the city. Expect special guests from the gaming world, great talks, showcases, activities and, of course, the chance to play some great games – new and old. 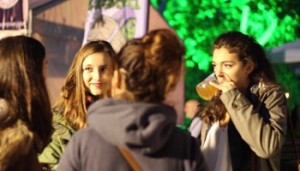 Purveyors of a quality pint will no doubt already have their tickets booked for the annual Robin Hood Beer Festival which returns to Nottingham Castle from 12-16 October. One of the biggest real ale festivals in the UK you can sample from over 1,000 ales (though we don’t suggest you try that many) and 200 ciders, plus enjoy great music on the bandstand. Tickets will be available on the door, though are likely to be limited so purchasing in advance is probably your best option. 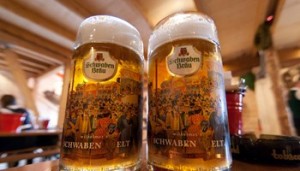 For those that enjoy their beer with added Lederhosen and “Schlager” music then Forest Recreation is the place to be on 26-30 of October with the return of Oktoberfest which will feature a giant marquee with space for 2,500 people. What’s more entrance is free Wednesday, Thursday, Friday and Sunday and just a fiver on Saturday. Food, beer and seat reservation packages are available for just £13.50 per person. 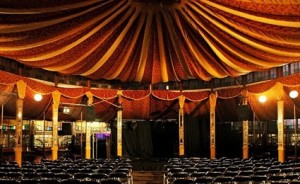 Talking of giant marquee’s the wonderful Spiegel Tent is back in the Market Square from 1-8 October. This fantastic wooden built travelling dance hall is a true sight to behold. It’s free to visit during the day with a host of great events taking place in the evenings from music to dance. 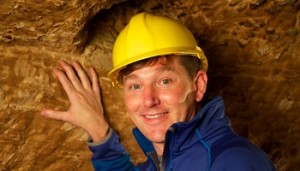 One of the real hidden secrets of Nottingham is it’s wonderful collection of man-made caves that run under the city. There are over 500 of them deep below the surface, may dating back to medieval times and the inaugural Nottingham Caves Festival, 17-30 October, will see a host of events taking place within them, including music, food and drink events, special tours and storytelling events. Plus the Market Square will act as the hub for the festival where you can find out about the history of the caves and enjoy interactive activities which bring the story of the caves to life. 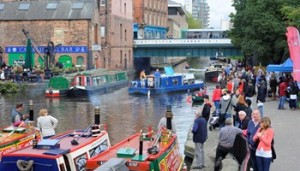 After the success of its inaugural event last year the Nottingham Canal Festival will return to Castle Wharf celebrating the history of the city’s canal network. Taking place on October 1st the festival will offer the chance to take a boat ride, try canoeing, have a go at angling or simply to relax and enjoy great music by the canal side. 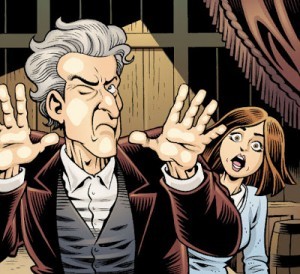 Nottingham Comic Con returns on October 29 at the Nottingham Conference Centre and will once again feature a host of guests from the world of comics. Expect great talks, exhibitions and cool cosplay as the festival returns for its fourth year. 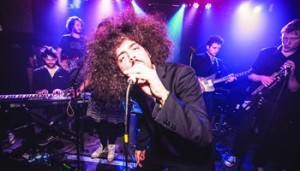 October will also see the return of the Hockley Hustle, having returned in 2014 the festival has gone from strength to strength and some of Nottingham’s best musicians will perform at venues across the Hockley area on October 9 – and all raising money for charity. With acts performing at the venues such as Rough Trade, Bunkers Hill, Broadway and The Lofthouse (home of NG Digital) there will be plenty to enjoy on the day.

We are sure that’s just a small selection of the great events taking place across Nottingham in October and we are sure more will appear on the October in Nottingham website in due course but as you can see it is going to be one heck of a month and we’ll be covering as much of it as we can.

For more information check out the October in Nottingham website.