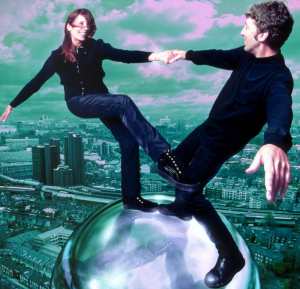 Don’t miss out on your chance to catch the pioneering dance band System 7 when they play a Live set at The Rescue Rooms in Nottingham on Thursday 26th November in celebration of the release of their new album ‘X-Port’ which is simultaneously released with their Mirror System album ’N-Port’ on the A-Wave label.

Tickets can be purchased from The Rescue Rooms, we’re also giving one lucky NottinghamLIVE reader the chance for you and a mate to win tickets to see group play live. Simply like and share on Facebook or Favourite and Retweet on Twitter. A winner will be picked at Random.
System 7’s Steve Hillage played guitar with Mike Oldfield (Tubular Bells), in Planet Gong on the revered ambient opus “Rainbow Dome Musick” and displays a cutting experimental edge that runs through System 7’s work including championing and creating early on with Detroit’s Techno godfather Derrick May on the ‘Mysterious Traveller’ and seminal ‘Fire’ and ‘Water’s dual albums, which had a marked influence on the electronic artists that followed – check out Sheffield’s Warp label for Black Dog, B12, Autechre, and AFX.
Steve Hillage has also produced Simple Minds albums ‘Sons & Fascination’ and ‘Sister Feelings Call’, which featured their classic instrumental Themes For Great Cities, which would later become a defining Balearic anthem championed by the likes of Paul Oakenfold and Danny Rampling.
We’ll be featuring an interview with the band next week with our own Geri. Don’t forget, if you’re not lucky enough to win – you can purchase your tickets here: