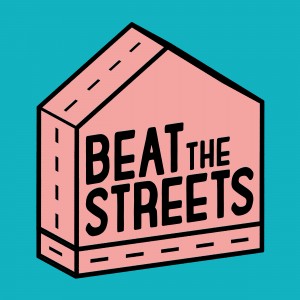 The music community of Nottingham is coming together to present a one-day charity festival to raise vital funds to support homeless people in need.

Beat the Streets will take place on Sunday 28 January 2018 with more than 80 national and local acts playing more than 10 stages in venues across the city centre.

All proceeds raised from ticket sales and merchandise will be donated to Framework, the Nottinghamshire charity dedicated to bettering the lives of homeless people. Since Framework started in 2001, it has become one of the largest organisations of its type in the country, helping more than 11,000 each year to overcome crisis and improve their lives.

Rock City, Rescue Rooms, The Bodega and Stealth are among the first wave of venues confirmed as taking part and will also be donating their proceeds from the bar take on the day.

DHP’s George Akins said: “It is increasingly evident that we have a growing problem once again with homelessness in the city with many people reaching crisis point. The aim with Beat the Streets is to make it a force for positive change, using music to bring together the people of Nottingham to raise funds to help make a difference where it is so desperately needed.”

Beat The Streets is being delivered by DHP Family in collaboration with local organisations and music groups including I’m Not from London; Farmyard Records; Hockley Hustle and Rough Trade.

Tickets priced at £10 are on sale from Friday 13 October from www.alttickets.com and will allow access for 14+ to all participating venues. The line up announcements are due to follow shortly, keep an eye on the social channels for updates.

Any promoters, venues or organisations interested in getting involved in Beat the Streets should contact the team via the social channels below or email info@beatthestreetsuk.com