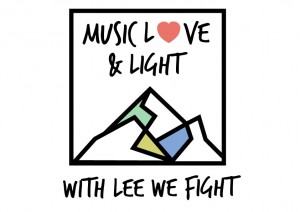 The Nottingham Music Community – With Lee We Fight

Lee White (Elementz) is a very well known and loved music producer in Nottingham. Three days ago we received the heartbreaking news that he has been diagnosed with stage 3s classical Hodgkin’s Lymphoma. The survival time frame given is very small, however – with specialised treatment – he has an 85% chance of living. The treatment he needs is situated in Germany and comes at a large cost, therefore artists, musicians, producers and engineers in the Nottingham music industry have joined forces to create as much awareness for Lees ‘GoFundMe’ page as possible.

Here is where we desperately need your help

This week, on Thursday 23rd​, we will all meet in Sneinton Market Square (outside Blend) to promote the ‘GoFundMe’ page that is already trending on social media and we are inviting you to join us in our fight for Lee’s life. We need​ your help with getting the word out there locally/regionally.

Alongside this, we are also holding a fundraising concert (date and venue to be confirmed) where there will be performances from Bru-C, Ski Man, Aja, Jah Digga, Georgia, DJ Synic and many more. During intervals, there will be an auction to raise money and then an after party with more performers!

‘Music, Love and Light – With Lee We Fight’ is the motto, and Nottingham is behind Lee every step of the way.

In May 2018 at just 38 years old, Lee was admitted to hospital for 15 days following a bout of shortness of breath. His lung lining had filled with over 3 litres of fluid causing him to almost completely lose function of his left lung. His lymph nodes were inflamed, he had an enlarged spleen and there was a mass in his chest. After two lung taps, multiple tests, x-rays and a biopsy of his lymph nodes, Lee and his family finally received the dreaded diagnosis – stage 3s classical Hodgkin’s Lymphoma, the word that any family would be devastated to hear – Cancer.

To his family, he is a loving son, a committed partner and proud and a dedicated dad to his beautiful 9-year-old daughter Ashleigh. After receiving the news, Lee started to research his options. He did not want fear to form the basis of his decision, so for the last 3 months he has been tirelessly fact finding and researching what treatment to undergo to gain the best possible chance of survival. Through chronic fatigue, fevers, and night sweats, not once has he shown self-pity or despair. He knew the battle ahead was going to be a tough one and he immediately started to make changes. He changed to a raw vegan diet and abstained from alcohol, began a juicing regiment alongside supplements as well as exercising (as best he can on a reduced lung capacity) in order to maximise his body’s intake of nutrients to aid his immune system and whatever treatment course he may have to follow.

The Cost Of Surviving

For Lee and his family, it has been a rollercoaster of emotions, but now they have found a window of hope that gives them confidence and peace of mind – but it comes at a cost.

The treatment Lee and his family want to take is what the medical team have advised will give lee an 85% chance, past the standard 5-year expectancy, with a low likelihood of recurrence. It is ​an Integrative treatment plan not available on the NHS combining groundbreaking immuno drug treatments and naturopathic techniques. Extensive blood and gene testing specific to Lees DNA enables lower dose chemotherapy to be highly effective with lower toxicity​. Lee believes Germany is the best place for this treatment, but it comes with a hefty price tag of £148k. Lee unfortunately does not have private health care or life insurance to aid with the cost of the treatment and so his partner, Nadia has taken to setting up a ‘GoFundMe’ page to help save his life.

We look forward to joining forces with you,

From the Nottingham music community