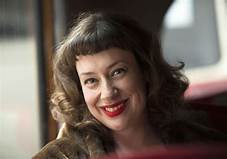 Friday February 21
Root down with Where Rio de Janeiro meets Bahia at Peggy’s Skylight on George Street in Hockley; singer guitarist Mario Bakuna and percussionist Edmundo Carneiro release their new album of the same name – indulge in their Afro-Brazilian rhythms and the charm and subtlety of bossa nova.  Doors open at 5pm, entry is from £10 and DJ Daddio plays afterwards until late.
Saturday February 22
Pianist Andrea Vicari and her trio perform at Peggy’s at 8pm; entry is from £10.  Paul Deats also plays jazz piano there between 12-4pm for afternoon tea.
Sunday February 23
Rachel Foster sings with Paul at the piano – together they are Me and Mr Jones and perform their bluesy originals at Peggy’s for a mezinee concert at 1pm, entry is from £3. Shell’s Belles perform at the Lion at Basford from 1.30-3.30pm, I will be joining them on the mic.  From 5pm The Nottingham Jazz Jam led by Andrew Wood at the drums is at Peggy’s, do get there early if you want to take part.  Red Sea featuring trumpeter James Tolhurst and pianist Rachael Johnson will be performing at Yarn Bar in the Theatre Royal between 4-6pm.
Tuesday February 25
Dexter’s Jazz Club returns to the Headstocks in Cinderhill with saxophonist Jake McMahon’s Quartet featuring Barry Lee on keys, Simon Paterson on double bass and Clive Loveday on drums.  Music starts at 8.30pm and admission is £6.  The Risley Big Band perform at Risley Park at 8.30pm.
Wednesday February 26
Icelandic guitarist and singer/songwriter Svavar Knútur performs his melancholic songs at Peggy’s from 8pm, he is joined by singer/guitarist Daudi Matsiko, entry is from £7.
Thursday February 27
Jazz Steps present the Ant Law Quintet at The Bonington Theatre in Arnold; guitarist Ant Law is an acclaimed innovator, his new album Life I Know is performed by Mike Chillingworth on sax, Ivo Neame on piano and Huw Williams on bass with James Maddren on drums.  Music start at 8pm and entry is £12/5 NUS.  The Aces of Rhythm play at The Unwin Club, Unwin Rd, Sutton-in-Ashfield, music starts at 8.30pm, admission is £7/6 for members.  Pianist Paolo Iannattone performs with guitarist Kecco Recchia at The Pelican Club, St. Mary’s Place in the Lace Market from 8pm.  Latin Quartet Con Alma perform Jazz of Brazil at Peggy’s at 8pm featuring Paul Deats on the grand piano, Simon Paterson on double bass, Simon Bowhill on drums and Rich Kensington on percussion, entry is from £5.
Please support live music – where no entry fee is mentioned, assume your purchases from the venue pay for the music.