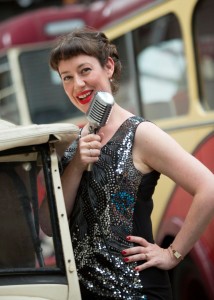 Friday February 14
Love is in the air when the married owners of Peggy’s Skylight on George Street in Hockley perform an early Valentines show as their alter ego Me and Mr Jones (Rachel Foster on vocals and Paul Deats on the grand piano are joined by The Whole Affair AKA Simon Paterson on double bass and Steve Smith on drums) doors open at 5pm, entry is from £10.
Saturday February 15
The European Raible/Gradischnig Quintet perform at Peggy’s at 8pm; Claus Raible is on piano, Herwig Gradischnig on tenor sax, Steve Fishwick on trumpet, Giorgos Antoniou on bass and Matt Home on drums, entry starts at £10, Paul Deats also plays jazz piano there between 12-4pm for afternoon tea.  Reeds master Matt Palmer and his trio perform the late set at The Pelican Club in the Lace Market from 10pm until midnight.
Sunday February 16
12 To The Bar are back at the RAFA Club in Newark from 12-2pm, entry is £3 on the door; Claire Hyatt and John Brennan are on the mic and a buffet is available for a small donation. Saxophonist Eliot Richards plays tribute to Lester Young at Peggy’s for their mezinee concert at 1pm, he’s accompanied by Paul Deats at the piano, entry is from £3.  Saxophonist and chief of Dexter’s Jazz club Jake McMahon leads his band at the Lion at Basford from 1.30-3.30pm.  From 6-8pm back at Peggy’s, the powerhouse ensemble of saxophonist Tori Freestone with pianist Alcyona Mick are joined by singer Brigitte Beraha on the first date of their tour of the county this week; admission is from £6.  Pianist Bob Hudson’s trio features Dominic Holmes on double bass and Clive Loveday on drums; Joanna Hudson also joins them to sing Songs for Valentines at Jazz in the Bar at the Bonington Theatre in Arnold from 7.30pm, entry is £6.  The Nottingham Jazz Orchestra perform at the Federation Club on Claremont Road from 8pm with not one but two featured stars; Alan Barnes on tenor sax and Nathan Bray on trumpet! Entry is £10.
Monday February 17
Jazz Steps take Tori and the trio, fresh from their gig yesterday at Peggy’s, on a tour of the libraries starting in Beeston, all shows start at at 7.30pm and are £10.
Tuesday February 18
The Risley Big Band perform at Risley Park at 8.30pm every Tuesday.  Jazz Steps’ library tour continues at at Worksop in the Acorn Theatre while the library is refurbished after last year’s flooding, see Monday for details.
Wednesday February 19
The Risley Park Jazz Club starts this year’s programme with a return visit from the very popular Savannah Jazz Band for an evening of New Orleans style jazz at 8pm, admission is £9.  Harpist/singer Ellie Ford performs with Fred Hills on drums and Harry Haynes on a guitar/bass hybrid – their unique trio creates ethereal yet powerful, jazz/folk inspired music at Peggy’s from 8pm, entry is from £6.  Jazz Steps’ library tour continues at Southwell, see Monday for details.
Thursday February 20
Pianist Fergus McCreadie creates jazz enthused with Scottish music influences; he has just won Album of the Year for ‘Turas’ in the Parliamentay Jazz Awards 2019!  His trio features David Bowden on bass and Stephen Henderson on drums who perform at Peggy’s at 8pm, entry starts from £8.  Jazz Steps’ library tour concludes at West Bridgford, see Monday for details.  Nottingham Rhythm Club at The Stadium Leisure Snooker Club, Nottingham Road, Basford have a new, young, five piece band from Edinburgh called The Tenement Jazz Band from 8-10.30pm, doors open at 7pm and entry is £10/8 for members or £6 NUS.
Please support live music – where no entry fee is mentioned, assume your purchases from the venue pay for the music.