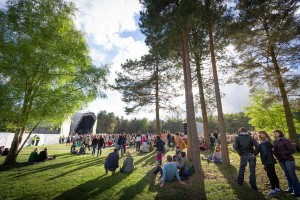 Now in its sixteenth season, each summer seven fantastic forest locations are transformed into stunning concert arenas. The gigs now well known for their eclectic range of international artists and amazing atmosphere.

‘Forest Live’ is an independent programme organised by the Forestry Commission to bring forests to new audiences. Income generated from ticket sales is spent on protecting, improving and expanding England’s forests and woodlands and increasing their value to people and wildlife. Since the first gigs in 2001, over one million music fans have attended the concerts and money raised has contributed to a wide range of projects, from wildlife conservation to making improvements for visitors. With everything required for a great night out, including full catering and bar facilities.

You can experience the unique atmosphere this month as Forest Live takes place in Sherwood Pines Forest, near Edwinstowe, Notts. 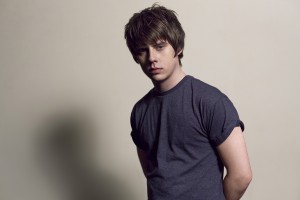 On Thursday 23rd June go along and support Nottingham’s own Jake Bugg who takes to the stage with special guests Walking On Cars. Musician, singer and songwriter Jake Bugg released his self-titled debut album in October 2012 reaching number one on the UK Albums Chart selling 604,100 copies in the United Kingdom and becoming the 57th best selling album of the 2010 decade . His second album, Shangri La, was released in November 2013.  Local lad Jake grew up in Clifton and started playing guitar at the age of 12 after being introduced to the instrument by his uncle. In 2011 Jake was chosen by the BBC to appear on their “Introducing” stage at the Glastonbury Festival at age of just 17.  Jake’s long awaited third album On My One, is released on 17th of this month 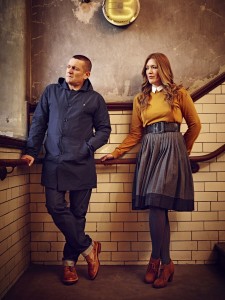 Friday 24th sees Paul Heaton reunited with former Beautiful South’s singer Jacqui Abbott.  The duo got back together in 2013 to record new material. The result, What Have We Become?, was released on 19 May 2014 reaching number 3 in the UK Albums Chart. On working with Abbott once again, Heaton said: “Working with Jacqui again was like going into your garage and discovering a beautiful, covered up Rolls Royce that hadn’t been started in years. Jacqui is one of the best singers I’ve worked with” 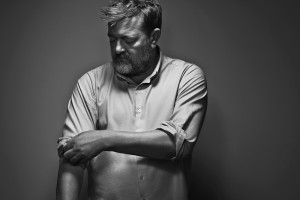 Singer, songwriter and musician Guy Garvey headlines on Saturday 25th. Guy is best known as the lead singer and principal songwriter of Elbow with whom he won two Ivor Novello awards for best song writing for the 2008 single “Grounds for Divorce” as well as best contemporary song for “One Day Like This“. Guy was also awarded a lifetime achievement honour by the Radio Academy in 2014. 2011 saw Elbow nominated for a Mercury Music Prize for the album Build a Rocket Boys! the band won the prize in 2008 for their album “The Seldom Seen Kid” Whilst continuing his duties as Elbow’s lead songwriter Guy released his first solo studio album  Courting the Squall in 2015.