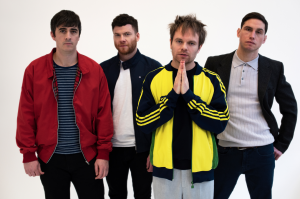 ENTER SHIKARI have announced the rescheduled dates for their ‘Nothing Is True & Everything Is Possible’ tour, including new shows added in Lincoln, Bristol, Hull, Liverpool and Leeds.

Original tickets for all dates remain valid for the rescheduled dates, while tickets for the additional dates will go on sale from 10am Friday 12th March at entershikari.com/shows and all ticket retailers.