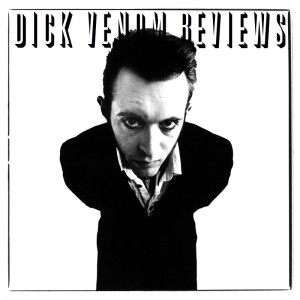 Some music has signatures. Entrenched traditions. Genre specific mechanical stamps. This is no bad thing and it don’t stop the stomp. This is a rockabilly record and those stylistic stamps don’t cramp the style  – they’re the bare bones to befleshed out and played with.

There are moments of pleasure, of full-hit tilt, moments of restraint and resignation. There are times in this record where the well-worn groves of the Tennessee Two return as something I’m pleased to hear once again with new imaginations and new interpretations. Near the start of the album there’s ‘The Bitterness That Lasts'; a song that simmers and shimmers through all the above. It enters with a Johnny Cash railroad guitar before a shuffling snare comes brushing up from under. A faint and beautifully under-pronounced organ gives depth to a song that questions the use of defeat – feel sorry for yourself or pick yourself up and put spit in their eye? Ant McMahon on vocals ends up wanting the latter and I tend to agree. Prominence shifts from vocals to drums, to picked out guitar rhythms and a short sweet country solo that lifts and repeats to the last.

Midway through the LP ‘Without You’ hits in closer.  A hushed exercise, honest. A sketch of a song drawn in tremolo strings and spacious production that could have come next after Tie Me Up on Johnny Thunders’ Que Sera Sera.

But somehow I doubt it’s these nuanced tracks that were pushed for prominence. The opening ‘Number One’ kicks things off in a force that runs through. A rock’n’roll five-piece all tight licks, slap bass flicks, ‘abilly grooves and a snarl on the mic to dig and dig into. ‘Crawlin‘ Back’ follows suit withan I Will Survive / I have survived sentiment. ‘The Bitterness That Lasts’ is the pull back that follows. Machismo and violence now set recurring themes; ‘Do You Hate Me?‘ lays down the law of macho retribution, ‘Why Do I Do It?’ sings of ritualistic weekend spending and drinking. ‘Can’t be Arsed’ is departure from a girlfriend with spite while ‘Ten To Two’takes aim at end of night loneliness. These and others all swagger and swing and convincingly win and I’m glad to get lost in tightly formed hooks. But just once too often bravado takes over. ‘Ten To Two’s sentiment of you’ll do for tonight but ‘if I see you in the club next week ignore me / unless you introduce me to your friend‘ comes a little overcocked and I’m sorry / not-sorry that I just can‘t join in with the celebratoryendorsement of un-consensual sex as pitched in ‘While You Were Out of it’ (next line: ‘I was into it baby’).

And yet as if to redeem, the last song but one (‘Coalminer’s Son’) draws from the best of rockabilly traditions; heartache, honest, blues. Personal, wide scoped, outward looking. The generational effects of mine closures and the break of a man, family and town long-lasting. A brief and unexpected Bragg / Cash/ Perkins anthem.

‘100% of Nothin” is the new debut album from The Intolerants released with Western Star’s seal of approval.

The Intolerants play live with Demented Are Go and Howlin‘ Bones at the Old Angel, Nottingham. February 5th 2016.

Buy the album on CD and download here:
http://www.western-star.co.uk/western-star-releases—cds_36/100–of-nothin—-the-intolerants_173.aspx