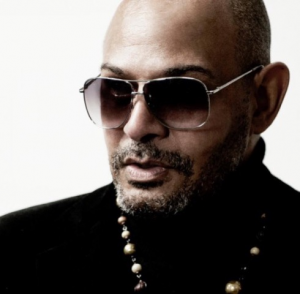 Multi-disciplined and self taught musician, Barry Adamson is set to release his new solo studio album, Know Where To Run, on March 5th, 2016.  The album will be available as a download, on CD and vinyl on the aforementioned dates with a special edition photo book to follow later on in 2016.
Barry Adamson has been creating all of his life. He rose to prominence as the bass player in Magazine and toured extensively. His establishment as a solo artist came after a three year stint with Nick Cave and the Bad Seeds and heralded the release of his seminal first solo album, ‘Moss Side Story’.
Critically acclaimed, it raised Adamson’s name as a composer of diverse complexity; able to tell a story with music, where the images were those supplanted in the minds of the listeners. Offers quickly followed and saw Adamson work with some of the film industry’s most intriguing mavericks including Derek Jarman, David Lynch, Oliver Stone and Danny Boyle.
Having released nine studio albums, including the 1992 Mercury Music Prize nominated ‘Soul Murder’, Adamson has continued to tour globally with his talents being in as much demand by new generations of artists, as he was after his first solo release.
Earlier this year Barry returned to the studio to begin recording the aforementioned soon to be released new solo album, Know Where To Run, which shows him embracing all of his diverse influences into a more commercial undertaking.

Produced by Barry and recorded at Church Road Recording Company, Brighton with old cohort Paul Pascoe, while additional production and mix was handled by WTNSS at Dean Street Studios. The idea behind the album and accompanying photo book came when Barry began taking photos during a tour of the U.S. and Canada with Nick Cave and the Bad Seeds.

Slowly these photos formed an idea about creating a book that moves literally through ‘different states’ then, a couple of musical ideas came to the fore, bringing the concept of eventually producing a photo album.
The tracklisting for Know Where To Run is as follows:
1. In Other Worlds
2. Cine City
3. Come Away
4. Death Takes A Holiday
5. Claw & Wing
6. Texas Crash
7. Mr Greed
8. Up In The Air
9. Evil Kind
Constantly sought across all art forms for commentary and contribution, Barry’s music has been used for documentaries, TV series, adverts, computer games and even an Olivier Award winning ballet performance by Sylvie Guillem and the Ballet Boyz.
It was always a logical progression for Adamson to move behind the camera and once again his brooding film noir style and dark comedy has seen him write, direct and score a number of short films. His latest offering, ‘The Swing The Hole and The Lie’, being shown at the Cannes Film Festival this year.
Rising phoenix like from the flames of his previous work, Adamson continues to push himself and blur the lines of film, music and art.
In support of the new album, Barry will be playing the following shows in March 2016 with a full band:
2nd March – Brighton, Komedia
3rd March – Islington Assembly Halls
7th March – Rough Trade East, London
8th March – Rough Trade Nottingham
9th March – Deaf Institute Manchester
Buy tickets here: http://www.gigsandtours.com/go/barryadamson
Musician, composer, writer, photographer, filmmaker. Barry Adamson is not a man to take it easy.