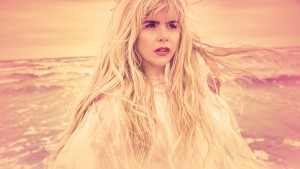 The multi-talented singer-songwriter Paloma Faith – one of the most successful British female artists of the last decade – has been revealed as the headliner for Splendour this year (Saturday 21 July 2018).

Known for her high-energy live sets, Paloma has been releasing music for the last decade and went straight to number one with her latest album ‘The Architect’ last year. A former Brit Award winner, Paloma has been nominated once again for British Female Solo Artist at this year’s Brits.

Organisers are delighted to have Paloma topping the bill at this year’s special 10 year anniversary party for Splendour, the biggest artist to ever top the bill of the Nottingham Festival. She is one of only two British female artists this decade to have their last three albums go double platinum in the UK.

The hugely popular singer-songwriter will be celebrating her own birthday with thousands of people at Splendour this year fresh from a huge UK tour. She said: “I’m really looking forward to performing at Splendour and being part of its 10th anniversary celebrations!”

George Akins, owner, DHP Family, said: “Paloma is huge name on the British music scene with three double platinum albums under her belt; Adele is the only other British female to do that! She’s the perfect choice to mark the 10th anniversary of Splendour. It’s going to be epic!”

Paloma graced the UK music charts in 2009 with her debut album ‘Do You Want the Truth or Something Beautiful?’. Alongside successive albums ‘Fall to Grace’ (2012) and ‘A Perfect Contradiction’ (2014), she has spent more than 50 weeks in the top 10 charts.

‘The Architect’ is the singer’s first album in three years and includes sensational collaborations with John Legend and Rag’n’Bone Man, as well as actor Samuel L. Jackson. Released in November 2017, it rocketed to number one in the UK charts. It is currently on course to become her fourth double platinum album in a row, which would make her the first British woman in chart history to achieve this incredible feat.

Paloma Faith is the first of over 40 acts announced to perform at the city’s biggest summer day out at Wollaton Park, with many more artists, comedians and entertainers to be revealed over the coming months.

Councillor Dave Trimble, Portfolio Holder for Leisure and Culture said: “Nottingham City Council is proud to partner with DHP to stage Nottingham’s stand out music festival of the summer. Over the past 10-years, the event has become bigger and better each time, attracting a wide and varied audience. It’s fantastic that Nottingham residents can benefit from a £10.00 discount on full price tickets and I would urge people to grab theirs as soon as possible. I’m sure Splendour will be the highlight on many people’s summer calendars.”

Children under 11 will once again be admitted free and discounts are also in place for Nottingham residents. A standard ticket is £49, coming down to £39 when the discount is applied. Tickets for Nottingham Residents aged 11-17 are £20. VIP packages are also available.